by quindia
Been a while since these models have seen the light of day... 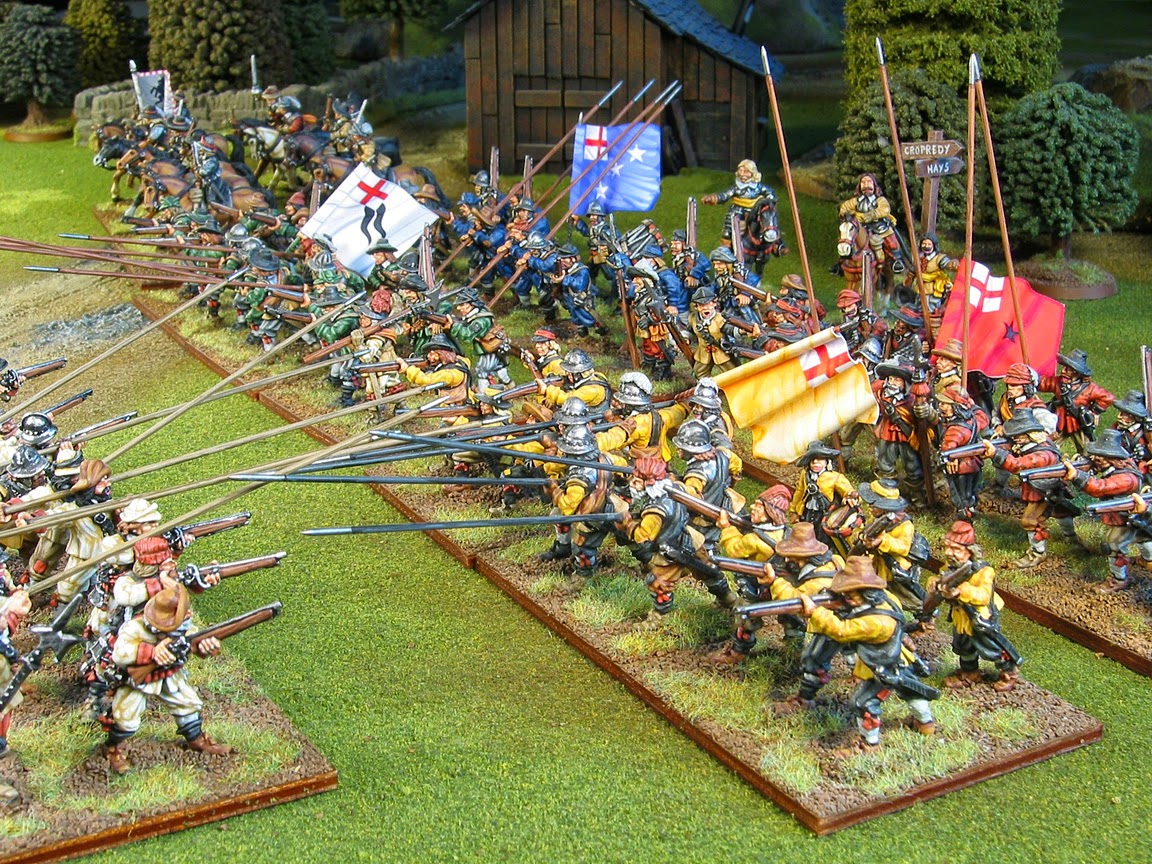 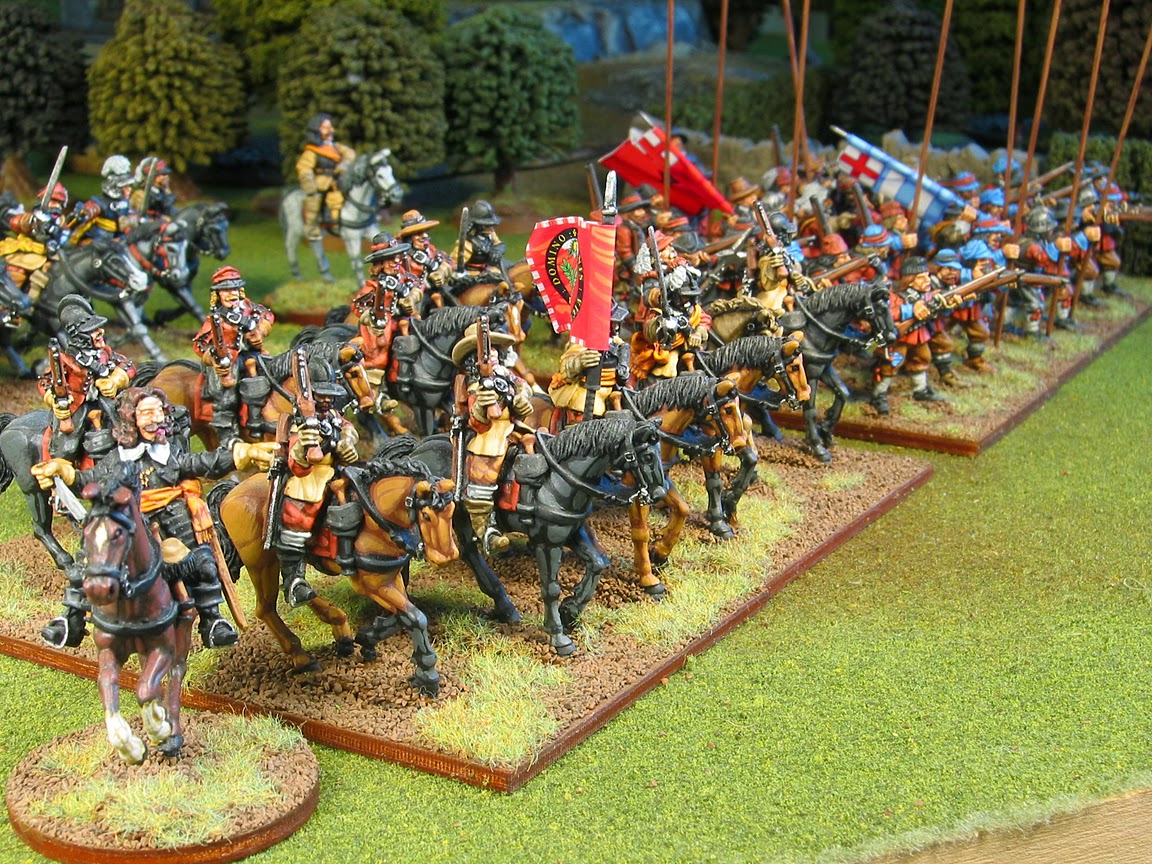 Lots more on my blog!

Do me a favour:
Would you please be so kind to explain to me why most english talking people have only interest in English Civil War and completely neglect the TYW? All of Europe was at War and all concentrating on Warfare on a small island in the North Sea...

by quindia
For me, it was several things...

1. I found twelve boxes of Renegade ECW regiments in the bargain bin at one of my FLGS's (they were sadly phasing out all historical models in the shop)... I got the entire lot for the price of three full price boxes. Yes, they would work (and still will with some flag swaps) for the TYW, but read on...
2. The size of battles in the ECW fit the size of game I wanted to play... Concentrating on small battles is something I do in all of the periods I collect. I enjoy painting 28mm models and wargaming Aughrim or Waterloo would be awesome, but it's not practical for me.
3. For whatever reason, I knew more about the ECW than the TYW... For that matter, I still do. The political situation seemed to be a simple one (I'm sure I am OVERSIMPLIFYING it, but there you go). I guess as an American I can also appreciate what a civil war means.
4. What I really wanted to do was build a Scots Coventer army, but ironically I never got around to it! Something odd about wanting to paint several hundred grey uniforms and blue bonnets in a period with such colorful coats in the other armies!
5. I loved Robert Giglio's ECW scenarios series... I had volume one even before I really got into historical wargaming - I used the scenarios as a basis for fantasy battles! I still love these and have all four volumes.
6. There was simply more information available to me on the ECW... maybe something to do with English speaking!

by Friedrich August I.
Lenghty but well understood

by daniel1492
Very impressive, Clarence! I too am working on my ECW based on VWQ. Hope to get enough done by the end of summer to host a game. Here's a little sneak peek...

by Russian James
Daniel, whose figures are these? Empress Miniatures?

by Prince Henry
Very well done! I too have an ECW army using Foundry which I have ironically recently been repairing after a closet shelf disaster...

Gunter - as an English speaker, yes I do ECW (in 25mm) and have a start of one in 15mm but my beginning was in the TYW, first in 15mm using originals Mikes Models (i.e. 25 years ago or so...) (Swedish TYW) and then followed by 28mm Spanish - early Tercio period. It is difficult to get English reference works for uniforms and unite histories - though the situation is getting a little better. I grew up mostly outside the U.S. in non-English speaking countries - so I may not be a good example.

by Friedrich August I.
Daniel,

Those Miniatures are superbly painted! It is allmost that you can see Sir Alec sitting there on his Horse! Well done!

Doug - Thank You for this insights in an "english" mind!

Good question re: 30 Years War vs ECW. My reasons why I prefer ECW are varied, but come largely down to what I can relate to. I like the IDEA of gaming the TYW, but I find it hard to relate to, to get a feel for. Whilst it's getting easier to find excellent resources to help build up armies and forces, it's still not as easy as possibly it is for ECW. There are countless books in English, regarding the Civil Wars, detailing the nitty-gritty of uniforms, campaigns, colours carried etc, that probably swing many people towards the ECW and away from the TYW, and as these are in English, this is probably why, as you observe, that in the UK and USA, the period is more popular than the TYW.

For me though, as a UK resident, the main reason is proximity. The UK is small, and the Civil wars affected everywhere. Within 5 mins drive, I have a town where a cavalry engagement between 2500 horse took place in1645. Within 30 mins drive, I have a castle where a vicious siege took place, two country houses where more sieges took place, and the town of Newark, where 3 sieges occurred, and Leicester which was stormed in 1645. 50 mins drive sees Naseby. 90 mins drive sees Cropredy Bridge. 2 hours sees Edgehill. Marston Moor, Worcester, and Chester are all within 2 and a half hours. I've visited Auldearn, Torrington, and Landsdowne Battlefields, as well as countless numbers of stately homes and castles connected with the ECW. As a re-enactor, I've fought on some of the original battlefields- even been amongst the first to fire muskets over the Sulby Hedges at Naseby, since Okey's Dragoons did in 1645! ( incredible experience that was).