OK, so after two years I've finally given in to having a section of the FORUM specifically set up to discuss painting techniques, display examples, show your latest projects and chat about this vital part of the hobby. Manufacturers please feel free to post up your sculpts, ask questions about what the gamers are after and generally promote your work.. no charge! Painters, please also feel free to post up your work for comment and critique. I can't promise the unreserved adulation characteristic of some other fora but I would hope you'd get constructive and measured comment!
Post Reply
15 posts • Page 1 of 1

I finally managed to finish a unit that's been on my desk for a year...

I think most of us have "Long Time Lurker" somewhere on our desks! 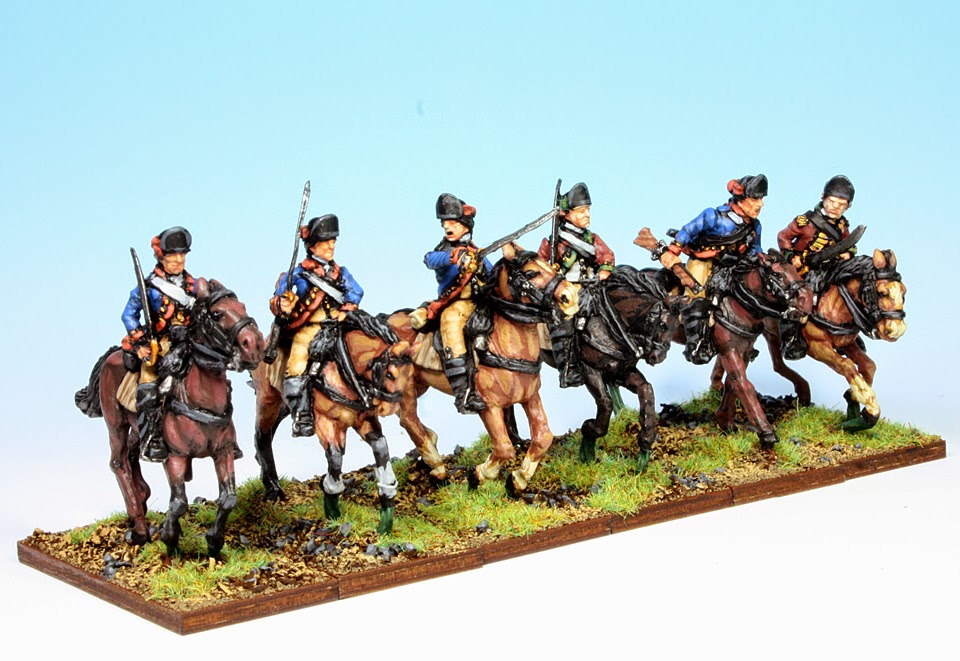 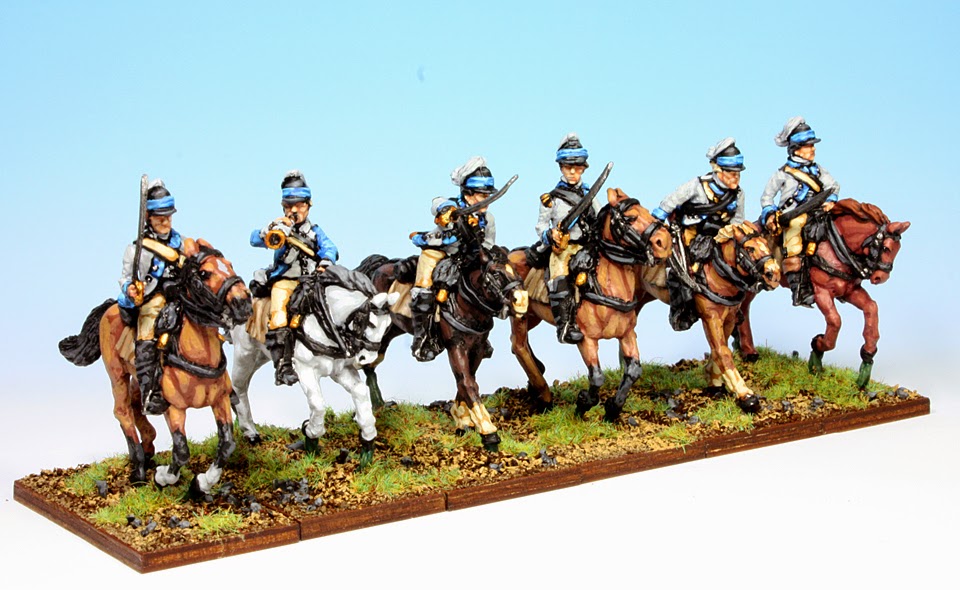 Nice painting and basing, may I ask what make of figures they are???
Also what rules do you use for this period.
Have you managed to see the new Osprey rules coming out called "Land of the Free" by Joe Krone.

These Horsemen look very good indeed! Only setback is that you don't do a "Light Horse"- Harry Lee

Btw., Ray, I believe he uses Perry Miniatures eventually mixed with some Warlords Miniatures. But as I know Clarence many Figures are been made by Head swaps

All of the models in my AWI collection are Perry. I actually bought most of the models YEARS ago. At the time, they were the only ones featuring the British in campaign gear for the southern theater.

As far as rules go, I don't have a single set in mind. I designed the collection to be as flexible as possible so I can use them for actions representing scales from 1:5 to 1:40-ish. The separate command stands gives me the ability to make units of 2-8 (or more) stands. In the fact, the American stands in particular have been designed to be mixed.

My initial goal is twelve stands of (mostly) uniformed Continentals and twenty stands of militia. Several of the militia stands have uniformed models cunningly placed so that when set against a uniformed stand it presents a smooth transition visually. The Continentals also have the odd model in civilian dress. The American battalions were reformed between nearly every battle in the southern theater and would rarely present a uniform appearance. Although, I am build twelve uniformed stands, I have the ability to combine the entire collection into different combinations to fit the scenario. Generically, my Continentals will carry stars and stripes flags while the militia carry the more rustic slogan banners.

Back to rules. I increasingly find myself unwilling to learn new rules. I have found I have the ability to write my own, at least for my own game table. I will probably use a variant of Republic to Empire or the new set we are working on. I will also use Donnybrook for skirmish games (notice the cavalry are based singly). As far as other sets, I have a fondness for Piquet and an unpublished rule set by Bryan Ansell simply called Horse & Musket. The later are centered on the SYW and incomplete, but the core is there and I feel confident in my ability to 'finish' them once I get enough models together for a game. British Grenadier and Black Powder Rebellion! are also interesting, if only for all of the period information they have.

I haven't yet tried any of the Osprey rules...
Clarence
http://www.quindiastudios.blogspot.com

Another battalion of Continentals...

Another unit finished in a week... 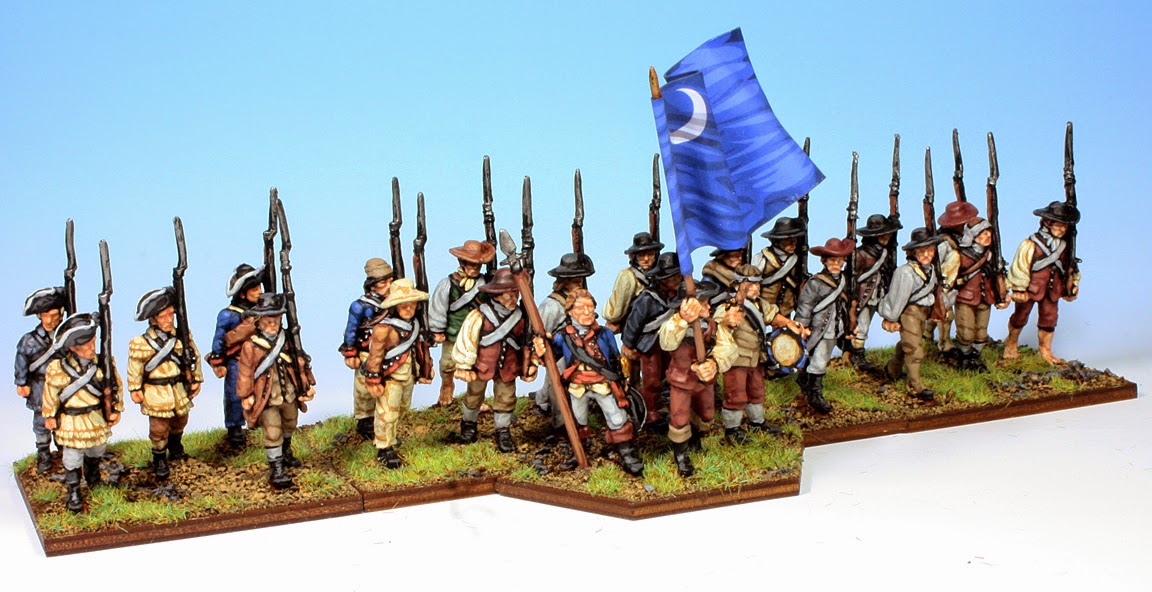 I think most of us, including me, are only speachless about the speed with which you paint those lovely miniatures and what a beautyful result you achieve.
Hope to see a picture of all units together!

You can see the whole collection here.

I'm going to add some skirmishers next week and few cannons after that - then I can start on the British!
Clarence
http://www.quindiastudios.blogspot.com 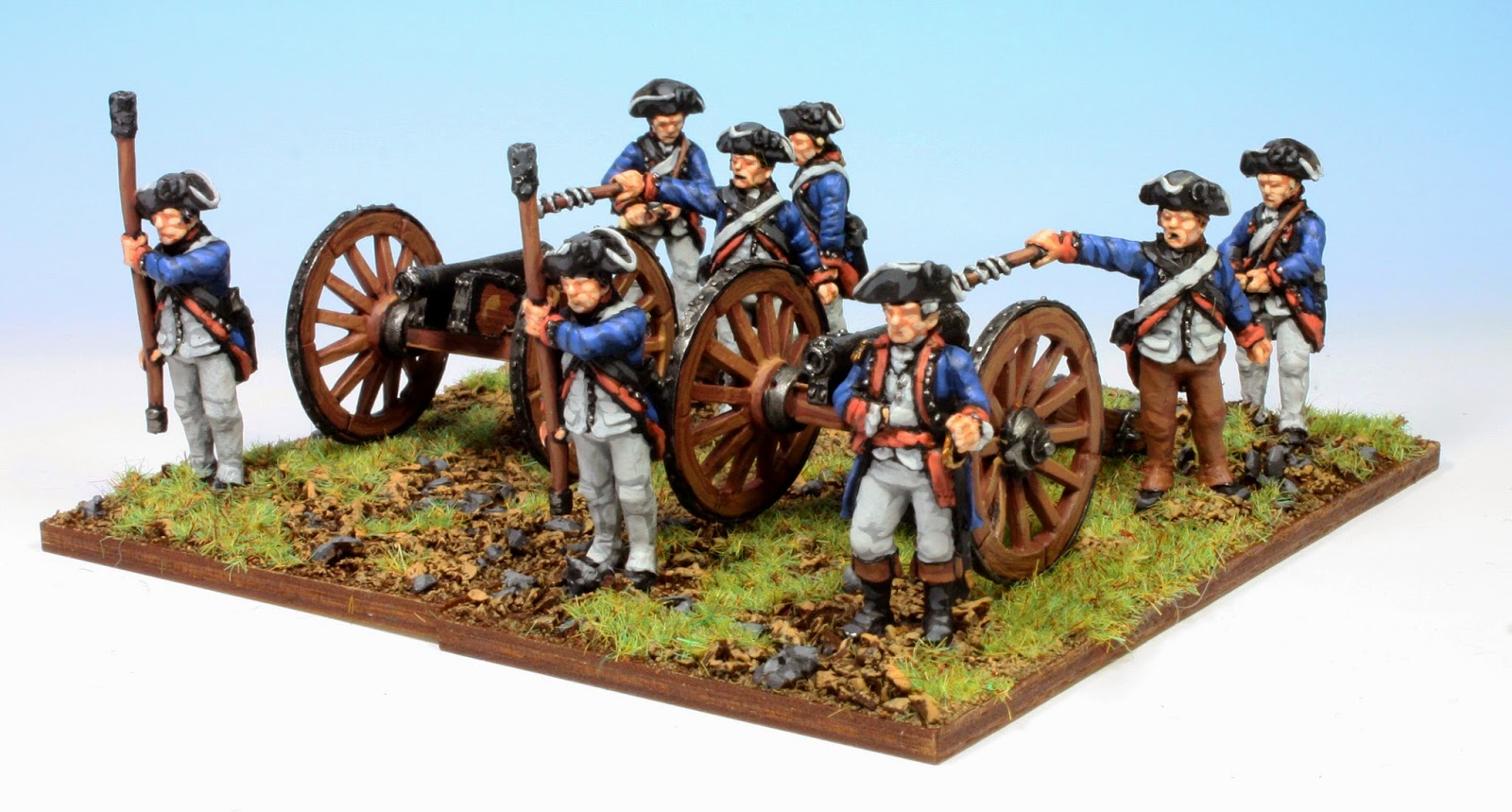 Wonderfull collection, I have often considered jumping into the AWI and have around 30 perry British in Saratoga caps in my lead pile to boot. The AWI never interested me much till I uncovered all the 5th great grandfathers I had involved.

Thats 5 of the I believe 64, 5th great grandfathers