OK, so after two years I've finally given in to having a section of the FORUM specifically set up to discuss painting techniques, display examples, show your latest projects and chat about this vital part of the hobby. Manufacturers please feel free to post up your sculpts, ask questions about what the gamers are after and generally promote your work.. no charge! Painters, please also feel free to post up your work for comment and critique. I can't promise the unreserved adulation characteristic of some other fora but I would hope you'd get constructive and measured comment!
Post Reply
2 posts • Page 1 of 1

Well, say hello to the battalion from hell! My Nemesis.

This unit is singlehandedly the fault why I stopped doing my SYW project for 6 months.

I had trucked away at my SYW project, having done several units of cavalry and decided my infantry need to be painted. I had done 12 of these and based them, I was almost done with the next six when I realized I had f'ed up. I had painted them as Jung-Wolfenbüttel but I realized I had painted the turnbacks red, and I thought, no problem I'll just do them as Keiser instead they have the same uniform.

BUT NOOO, Keiser has white cross straps, Jung-Wolfenbüttel have natural leather. The life was drained from me. I did not want to take those 12 of the base, and so I gave up. put those 6 in a box and did other stuff. Now I started on them again and decided to just ignore the wrongness and just finish them so I can get on it my project. I finished the 6 and started on the last 6.

Then I decided I wasn't satisfied with the basing scheme, I originally planned on just doing Might and Reason, so two bases of 12, but I'm drawn more to Honours of war and games like that, So I did rip those 12 of the base, and once I had done that I thought I might as well repaint the turnbacks.

Just to make the experience complete, as I did the last 6 yesterday the power went out.(3rd time in a week) and it was out for 7 hours.

So in the end of 6 months, a battalion of Jung-Wolfenbüttel is complete and in the correct uniform...... Figures are Minden and flags are Maverick Models. 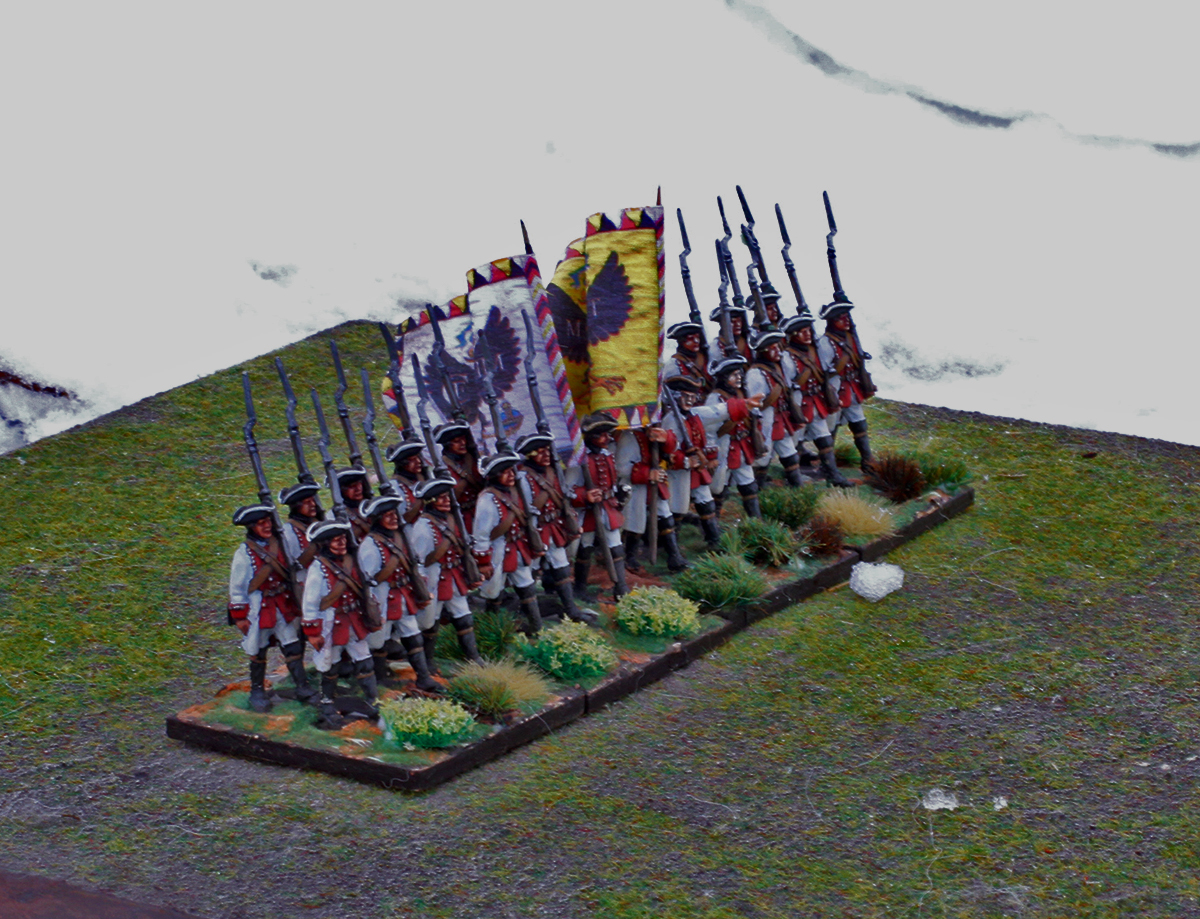 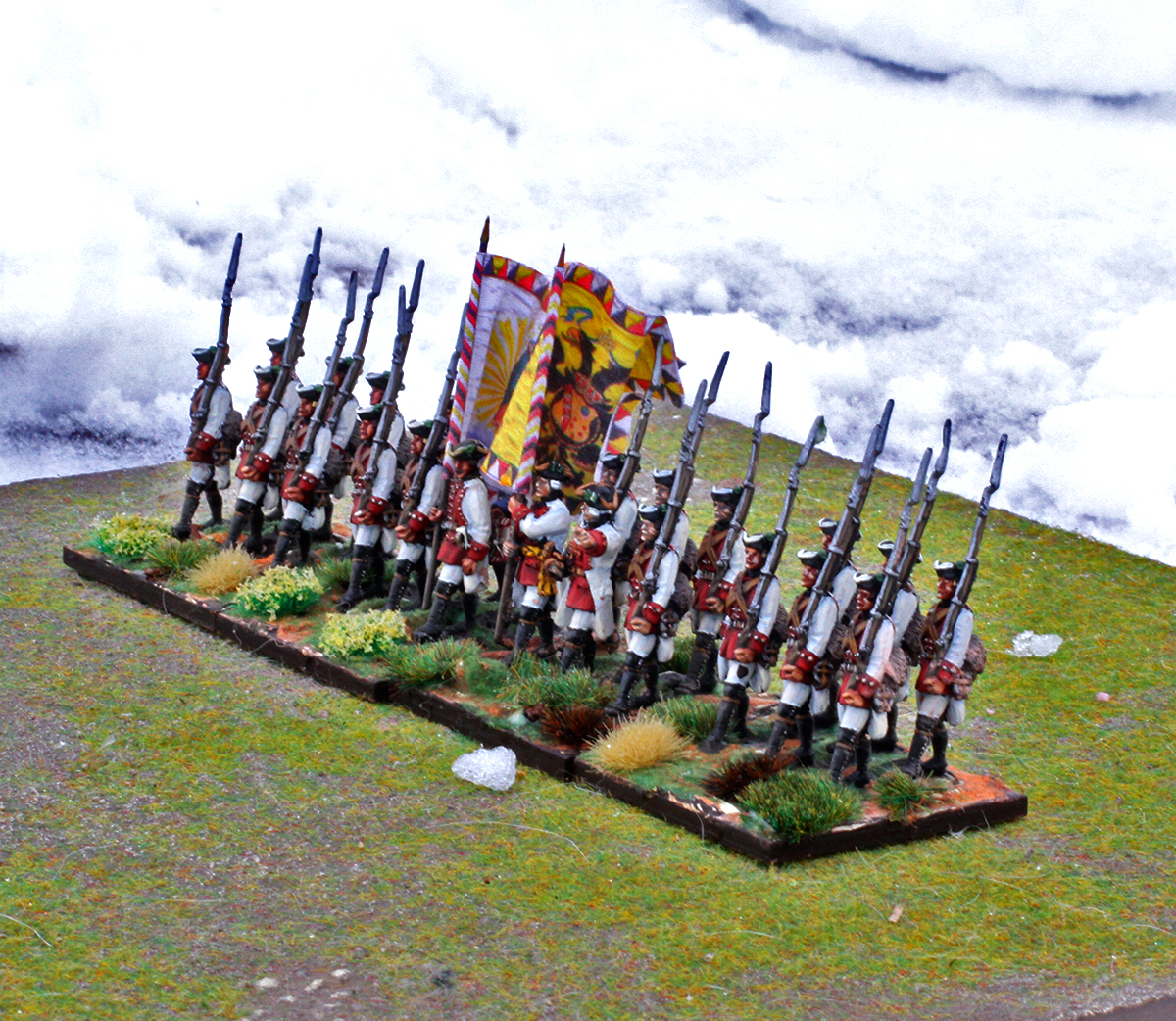 We all know The battle of Leuthen was fought in 200 meter deep snow. 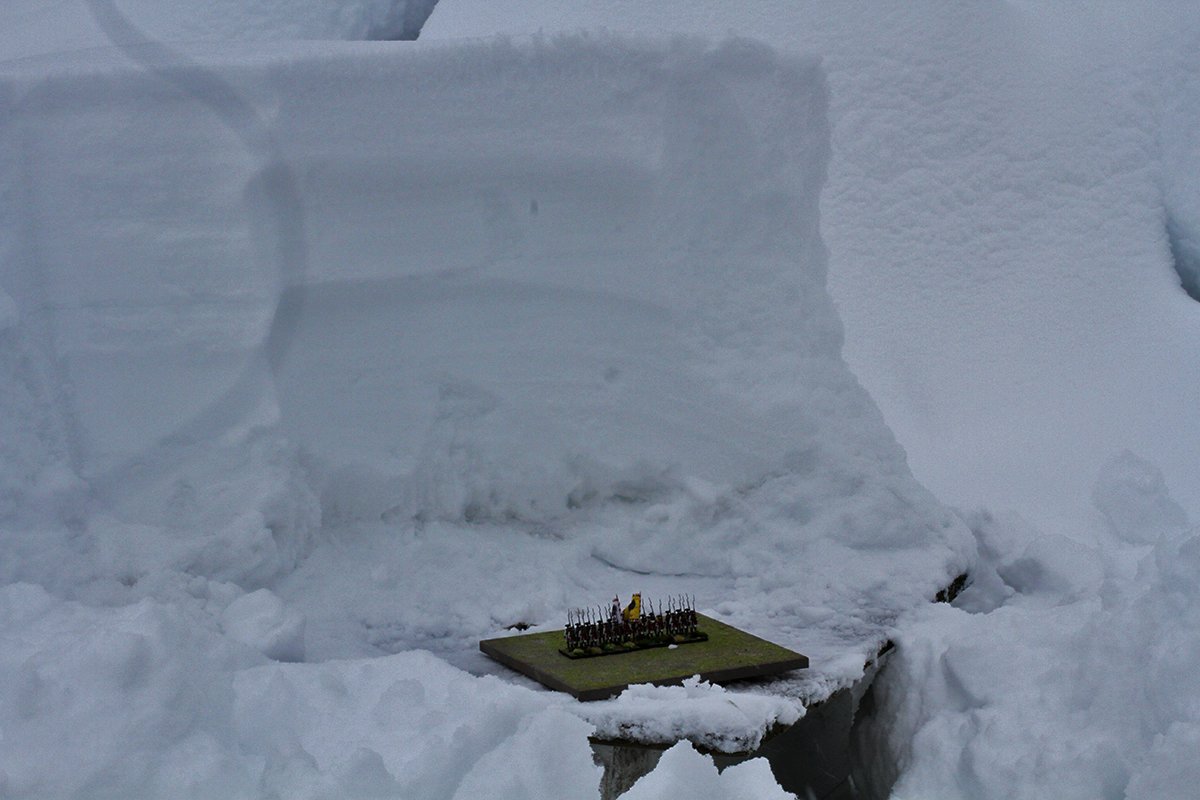 "Sort your filth out by yourself!" The King of Saxony Friedrich August III., at his abdication 1918, referred to the quarrels in the parliament and the squabbling within the provisional government.
Top
Post Reply
2 posts • Page 1 of 1