OK, so after two years I've finally given in to having a section of the FORUM specifically set up to discuss painting techniques, display examples, show your latest projects and chat about this vital part of the hobby. Manufacturers please feel free to post up your sculpts, ask questions about what the gamers are after and generally promote your work.. no charge! Painters, please also feel free to post up your work for comment and critique. I can't promise the unreserved adulation characteristic of some other fora but I would hope you'd get constructive and measured comment!
Post Reply
5 posts • Page 1 of 1

I have just finished a new unit for my Spanish army, a squadron of horse of Cuirassiers, I have used the flag of (presumably) "Tercio of Mastaing", a Spanish/Walloon Cuirassier regiment of the Army of Flanders, Of course this unit is equally suitable for the Portuguese-Spanish war (the latter part of the conflict), War of Devolution, Franco-Dutch War etc. I guess this soldiers could stretch roughly from 1660-85.

Please note that these Cuirassiers are NOT from any manufacturer, and its quality is average...(although the leader is a converted NorthStar 1672 line cavalry trooper), they were sculpted by an amateur sculptor and casted just a few models for this little project. The horses are NorthStar 1672. I wanted to match the style of Northstar because I love that range and a big part of my collecion is Northstar's.

The uniform is buffcoat or yellowish coat, with red cuffs over the elbow, a Spanish morion and breast and back plate.

Their uniform also match the one used by Don Juan Jose of Austria Cuirassiers guards, in the ill fated invasion of Portugal in 1662-63. 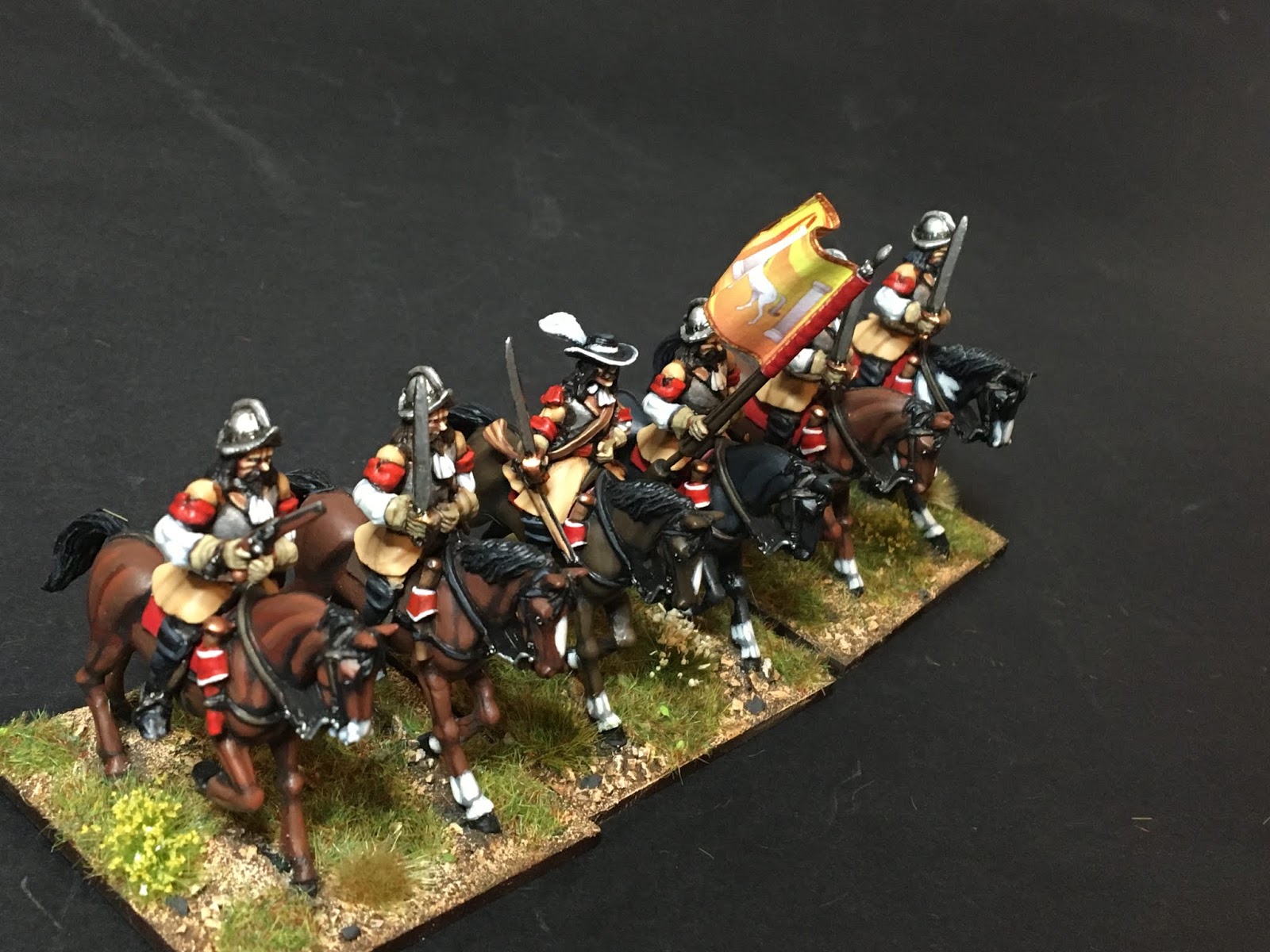 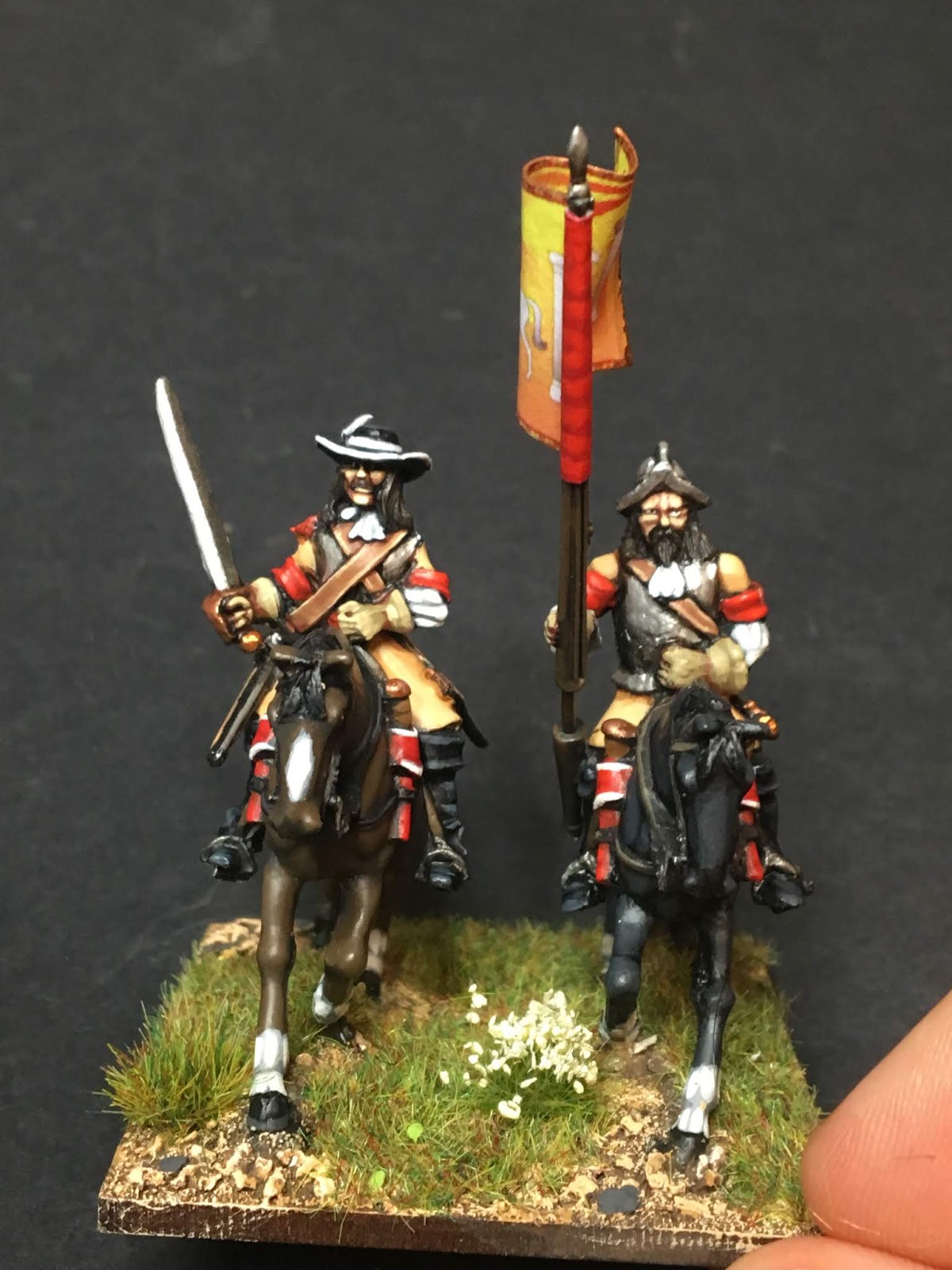 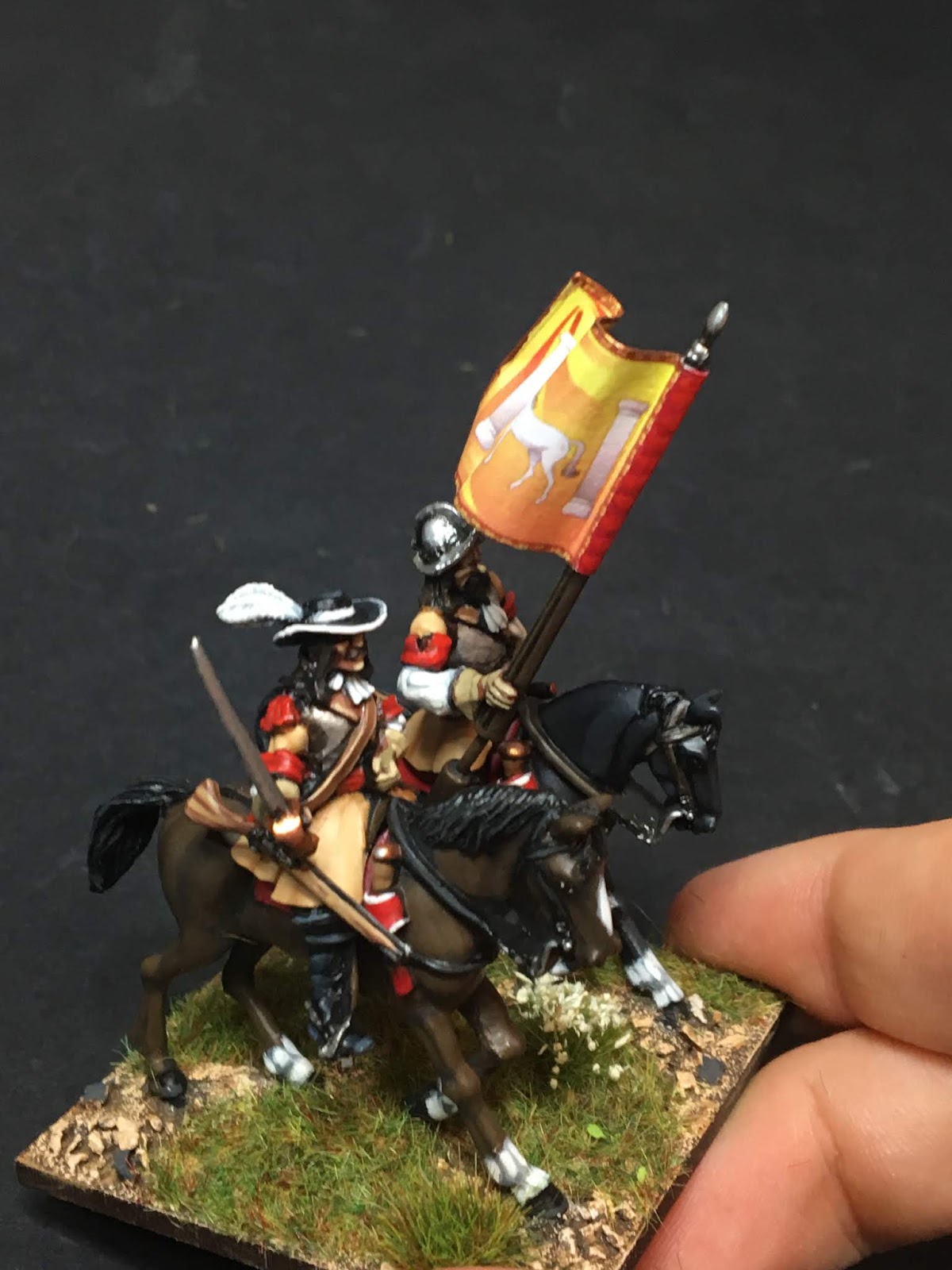 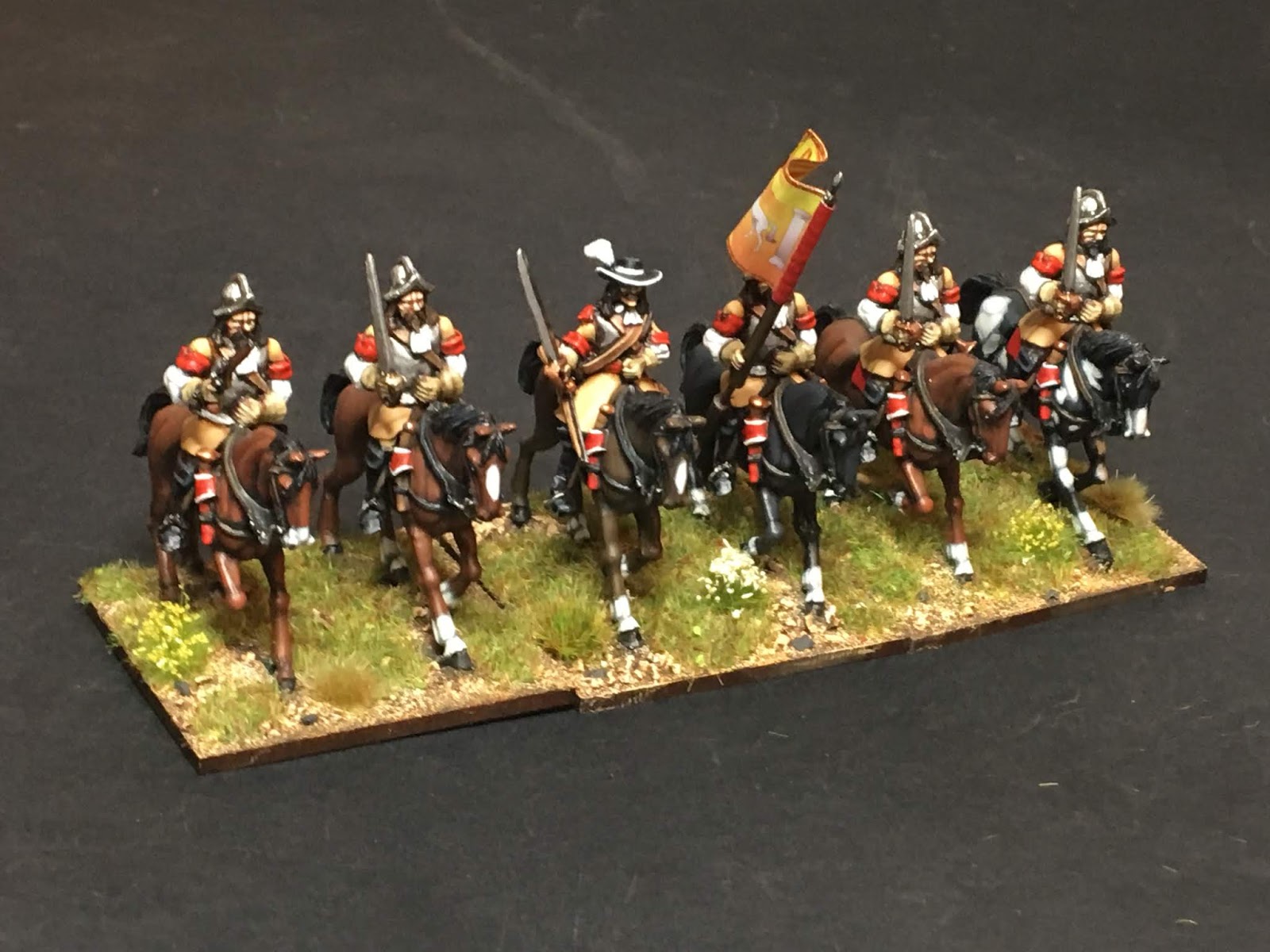 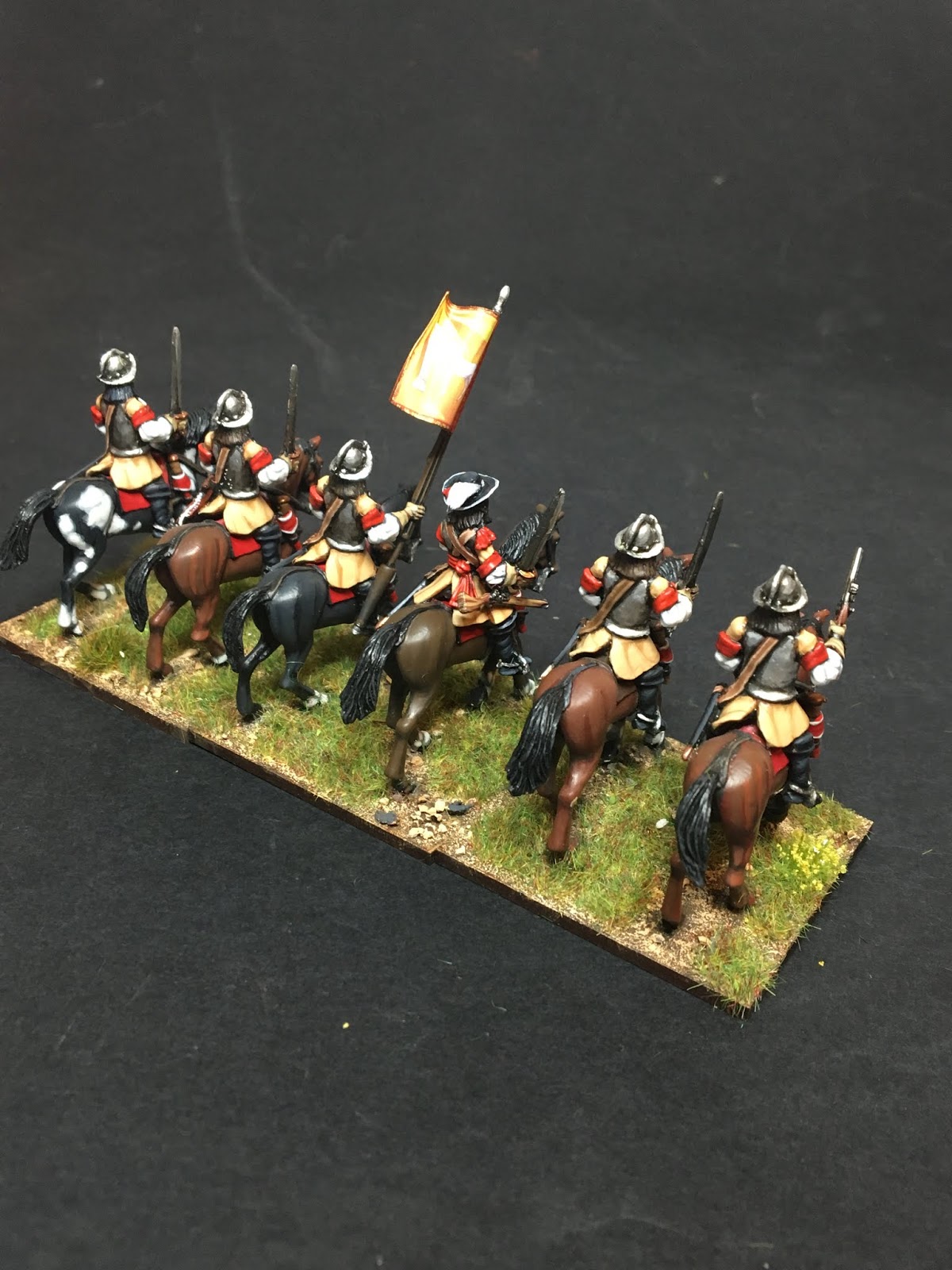 Thanks for watching and Cheers

Did Spanish horse of this period use the "full on" charge with the sword, or did they use pistols (whether en caracole or a similar format), or a mix of both?
No plan survives the first contact with the dice.
Top

To the Barons question, besides of France an Sweden most Countries in the Age between 1660 and 1685 kept a sort of caracole alive.
Slow learner you know and non showed them otherwise... reluctant so to speak. Traditions... and so on.
„Macht Euch Euren Dregg alleene“

Thanks for the kind comments !