OK, so after two years I've finally given in to having a section of the FORUM specifically set up to discuss painting techniques, display examples, show your latest projects and chat about this vital part of the hobby. Manufacturers please feel free to post up your sculpts, ask questions about what the gamers are after and generally promote your work.. no charge! Painters, please also feel free to post up your work for comment and critique. I can't promise the unreserved adulation characteristic of some other fora but I would hope you'd get constructive and measured comment!
Post Reply
4 posts • Page 1 of 1

Well I had to compromise my vision.

My plan was to do 18 "skirmishers" and 24 MAAs. But my project had ground to a halt, and I felt I had to just finish the units, or I might not continue with the project. So, in the end, my skirmishes ended up with 12 and my MAAs ended up with 18.

The skirmishes worked out quite well when I put stuff on the base, but my MAAs should have had at least 4 more figures. They are to spaced out.

With my previously finished unit, my french "army" his a whopping 3 units.
But I know from experience, that it's always harder to get a project going than continuing it. 4 finished units look so much better than 3, and 5 looks amazing next to 4. It's an exponential curve. I find it much easier to do more units for my GNW project which is now closing on 500 figures, then finishing my first TYW unit.

Anyway, all figures are Claymore, the skirmish base, is a mix of crossbowmen and pavisers. (I started this base before Claymore released their paviser/crossbow teams)

The MAAs base is well Claymore MAAs. the flags are temporary, simply printed out and fitted to removable tops, so I can change the loyalty of the unit. The flags should probably have been space out more in the back, and not been so close. Depending on what rules I use, and what the rules allow, the MAAs and "infantry" can either be separate units. Or combined into a "large" unit with the MAAs in front and the infantry at the back. In the end, my vision was compromised, but my hail mary did work and seeing 3 finished units, makes me want to do more.

Claymore has released several packs of infantry now(my infantry are pavisers with random handweapons.) I do hope Claymore will release some cavalry soon, as I've found no cavalry what fit with claymore(either in armor style or quality of casting) 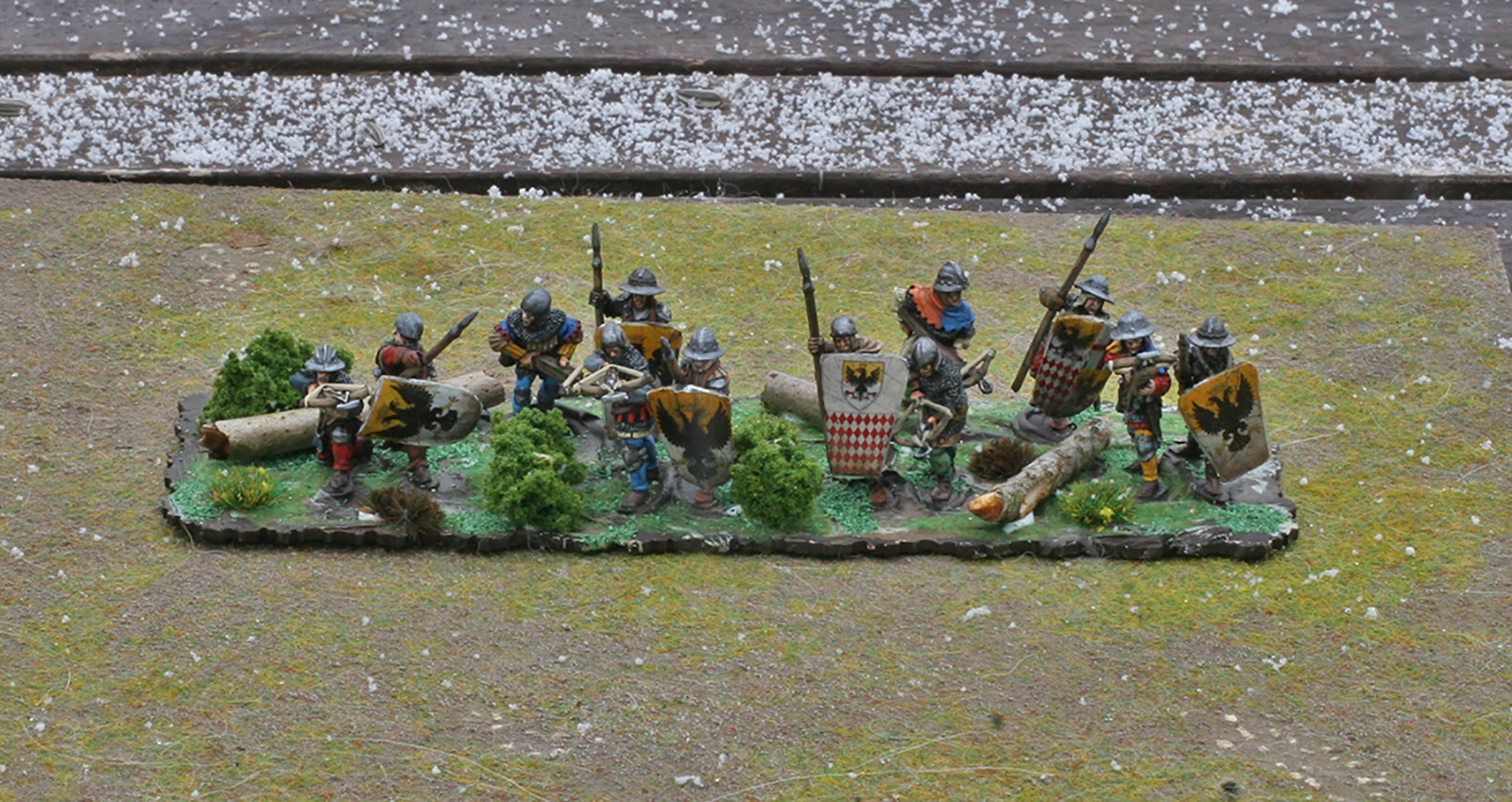 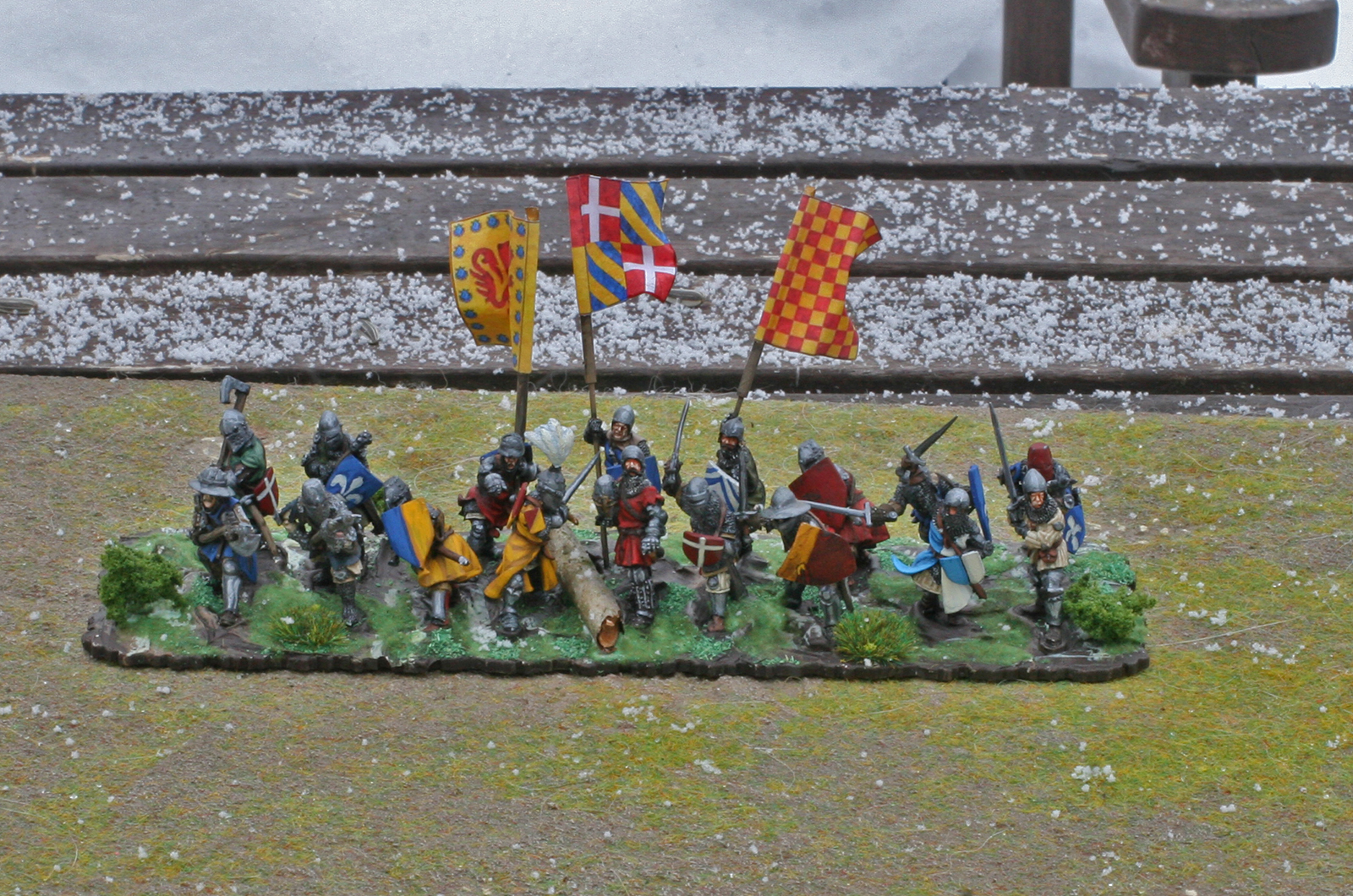 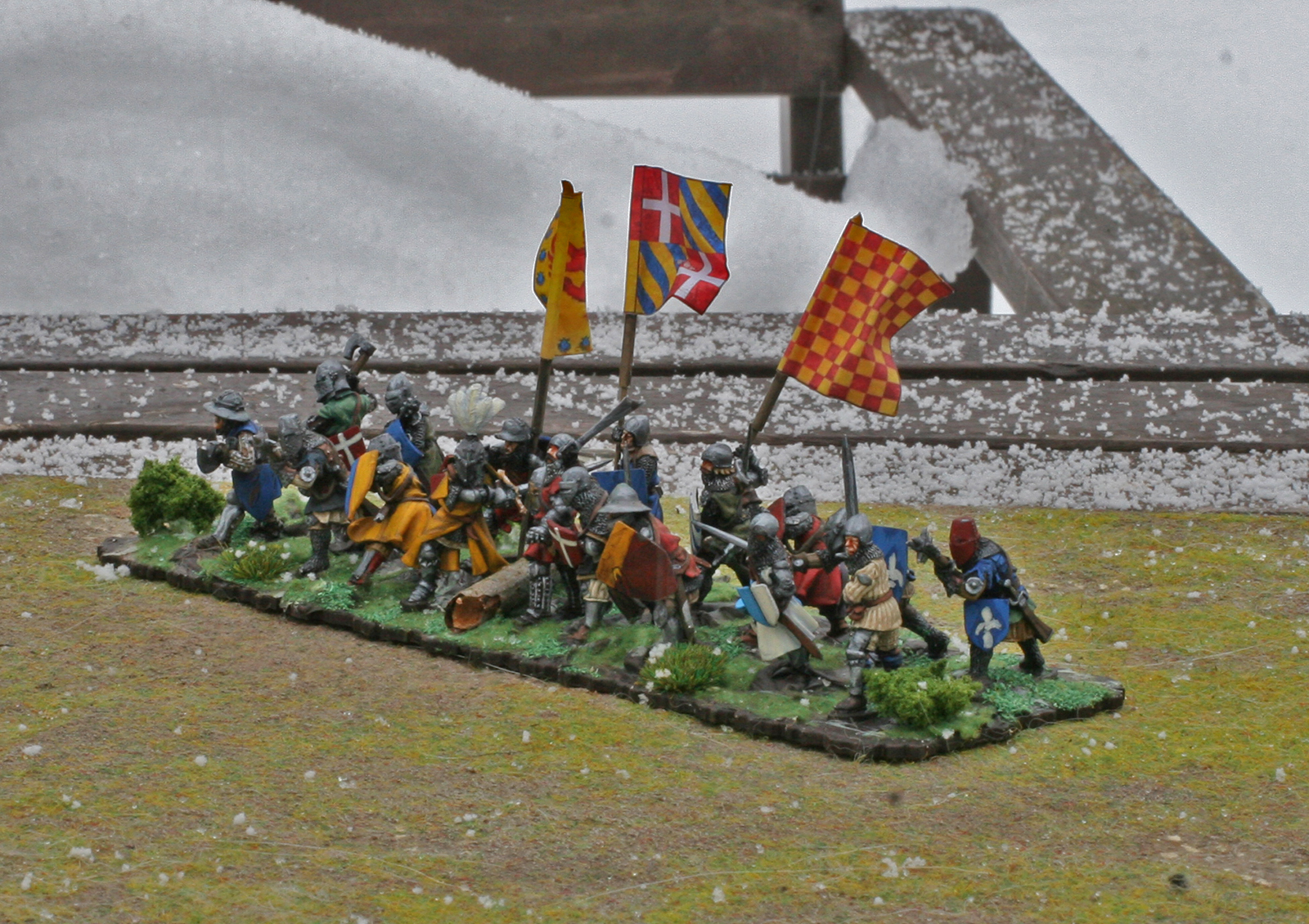 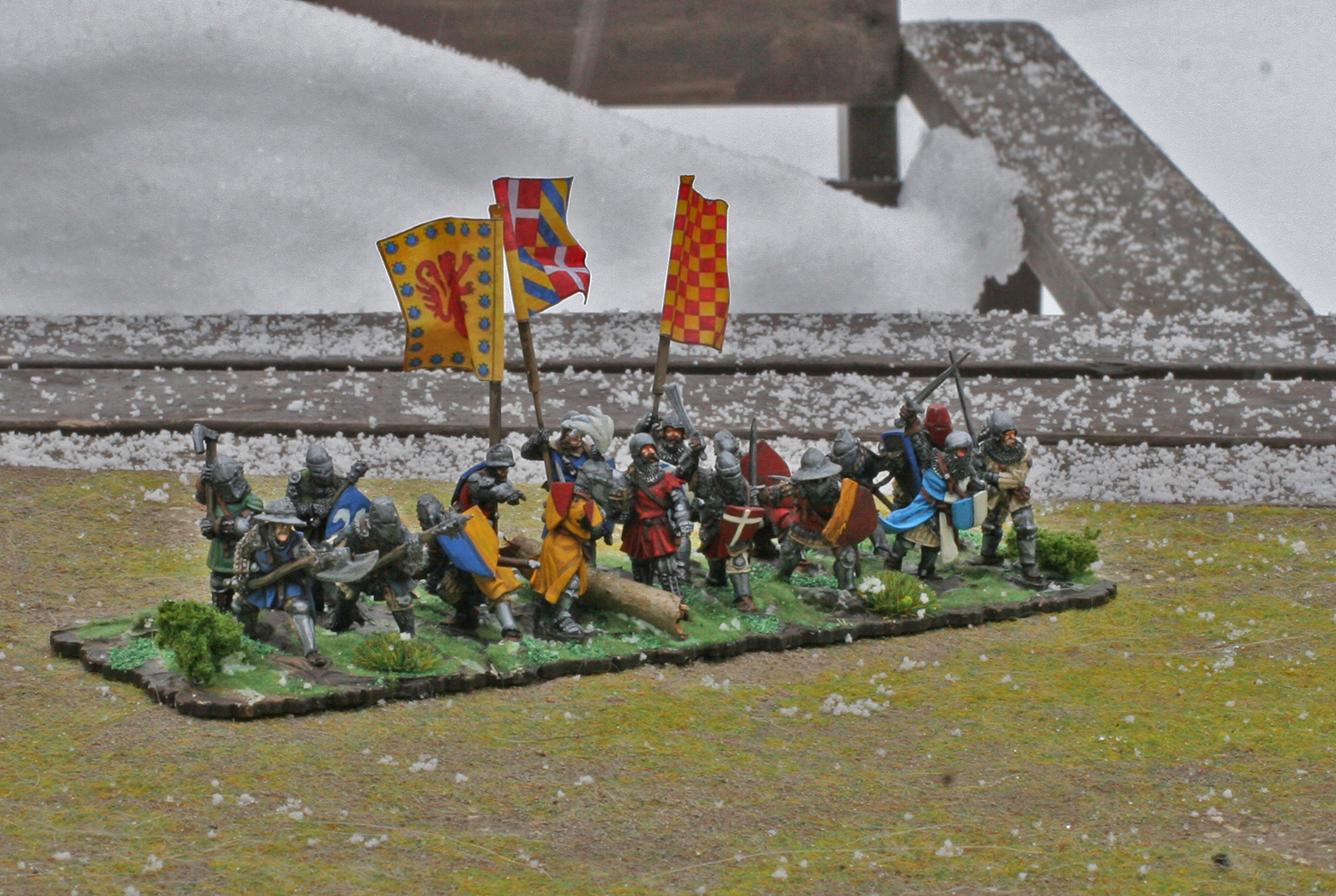 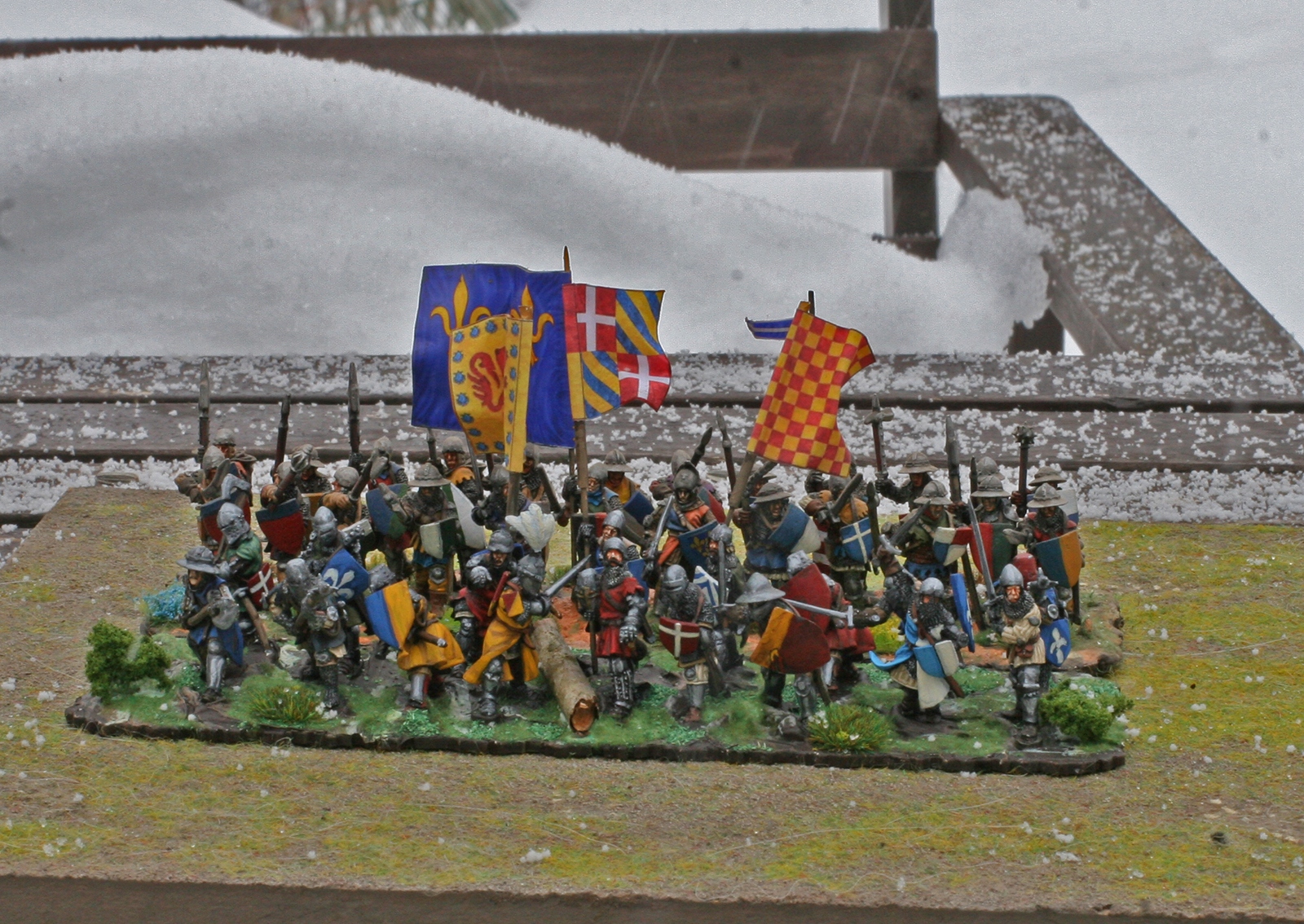 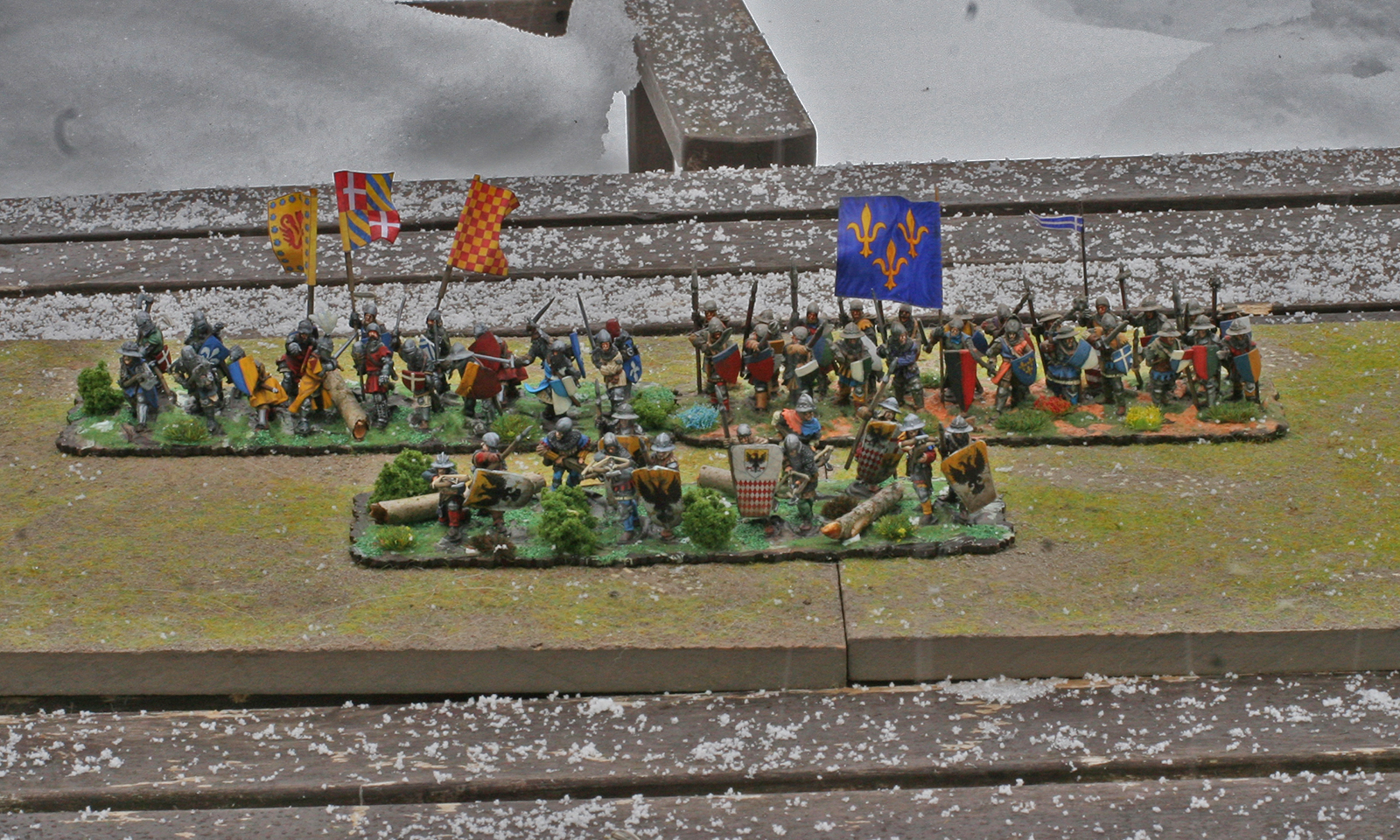 I think they look pretty good, despite your „complaints“

Thanks, guys, I'm now back to my home base(18th century)
But I might go back to Medieval soon, and might be far outside my comfort zone,
Top
Post Reply
4 posts • Page 1 of 1