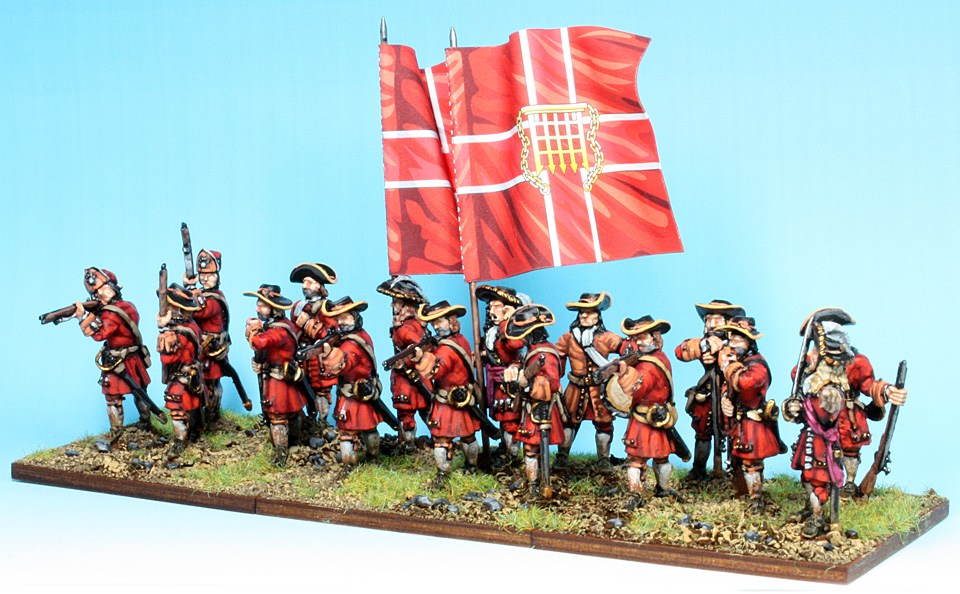 Second pic and inane ramblings on my blog...

Have you got the new citadel paints yet?

Bob
We are not retreating - we are advancing in another direction. Macarthur, Douglas
Top

Yes, but I didn't use any of them on this unit except for the metallics! The Red is Vallejo triad that I use a lot - Vallejo Red (70926), Flat Red (70957), and final highlights of Scarlet (817).
Clarence
http://www.quindiastudios.blogspot.com

Great stuff again Clarence. What unit next?
"We shall attack across the minefield, under cover of daylight!"
Top

I have another ten models of the Dutch Blue Guard finished on my way to completing another unit.

I have a long range plan for my collection. After that I have Brandenburg and Nassau-Saarbrucken-Ottweiler for the Dutch and De la Meloniere, Caillemotte, Cambone for a Huguenot brigade.

That will give me twelve battalions for my Williamites. Most of my games at home are on a 4x6' or 4x8' table so that's all I can reasonably expect to cram on one side of the table. Once the horse are available from Warfare I'll be adding a modest brigade of two or three regiments. A few units of artillery, some grenadiers, and some dragoons will give me a very respectable army for most of the games I can run at home.

Many of my units, especially among the cavalry, will be able to fight on either side with a flag swap so I should have lots of flexibility...
Clarence
http://www.quindiastudios.blogspot.com

Btw i have just added the new warfare flags the Sir John Hanmer's regiment I painted for the competition as well.
Top
Post Reply
9 posts • Page 1 of 1