A section devoted to questions and answers for this period.
Post Reply
9 posts • Page 1 of 1

Just recently acquired some Northstar 1672 figures following a unit deal offer. I've got some dutch pikeman (http://www.northstarfigures.com/prod.php?prod=4059) as they were the only unarmoured pikeman they were doing in the deals.

While I want some flexibility in representation different nations with these figures I want to have my troops as part of regiments of Louis XIV's grand army following the standard light grey with red facings appearance. As these dutch pikeman are wearing waist sashes I want to know that if French unarmoured French pikeman were wearing waist sashes what colour would they be.

I've gathered that around the 1660s they may have been wearing white sashes which was later being worn by Louis's cavalry regiments. Would it seem likely that a French pikeman's waist sashes would be the same colour as the facings of the regiment they were part of?

I've always done them as white, they would be of poor quality though compared to the officers finery with gold or silver tassels or threads.
Top

Thanks, I suppose its just speculation about the definitive colour schemes during the early modernisation of European armies.
No man's knowledge here can go beyond his experience
- John Locke
Top

I havent seen any images of French pikemen (except the officers) wearing White sashes though in Ospreys book "Louis XIV's army) it shows the Douglas regiment pikemen wearing a white sash, a cuirass and a burgonet helmet. During the Restoration English pikemen wore sashes (usually white), as perhaps did Danish pikemen in the Scanian war (again white).

However there is this image of a French pikeman wearing a red sash from the 20 yrs war. I have doubts as red are associated with Spain and Austria. But judge for yourself here it is.
Top

Thanks, I ended up painting them white although at the moment they are just being regarded as a generic infantry until I decide what to do with them.

I have seen those osprey plates and the Douglas regiment seem to be wearing sashes that match their regiment cuff colour. Interest plates you sent even if their from the first half of the century.

My figures currently, more pictures in my blog 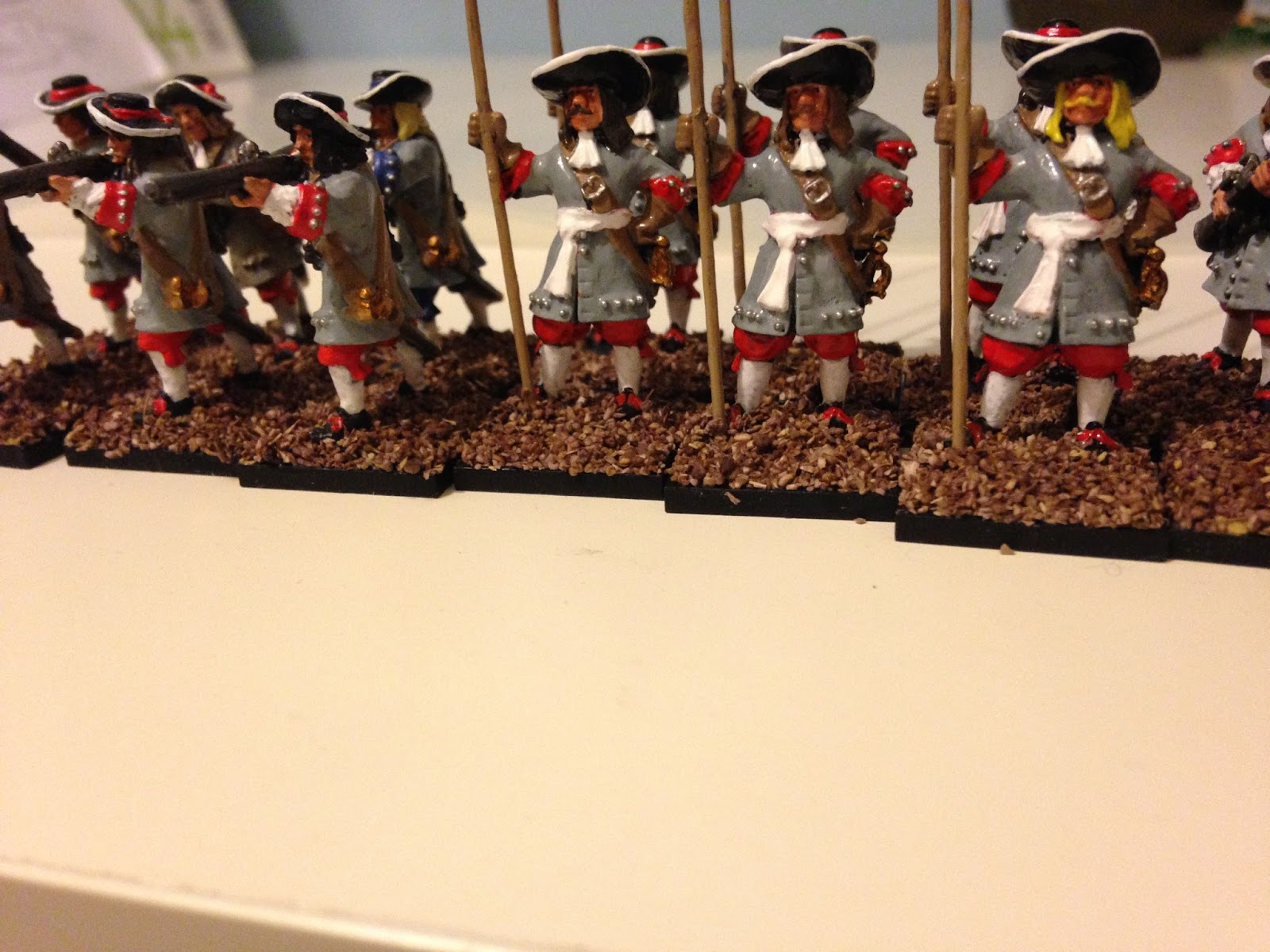 I think in the French army, stockings were often the same colour as the cuffs.
Top

When I painted these lot I didn't rally have a particular regiment in mind nor too much knowledge on uniform colours. I was just thinking about something that was on the lines being compatible with any generic infantry of the period. A friend of mine is planning a Vienna game so they could easily stand in for imperial defenders.
No man's knowledge here can go beyond his experience
- John Locke
Top
Post Reply
9 posts • Page 1 of 1