A section devoted to questions and answers for this period.
Post Reply
6 posts • Page 1 of 1


The battle I have chosen, is the siege of Dendermonde, and the cavalry skirmishes that followed the siege... Why? This is the first of the wars for "Gloire" of the Sun King, and, until this action, the French marched almost unmolested through the Habsburg controlled Netherlands, and it was one of the few French defeats in this conflict. 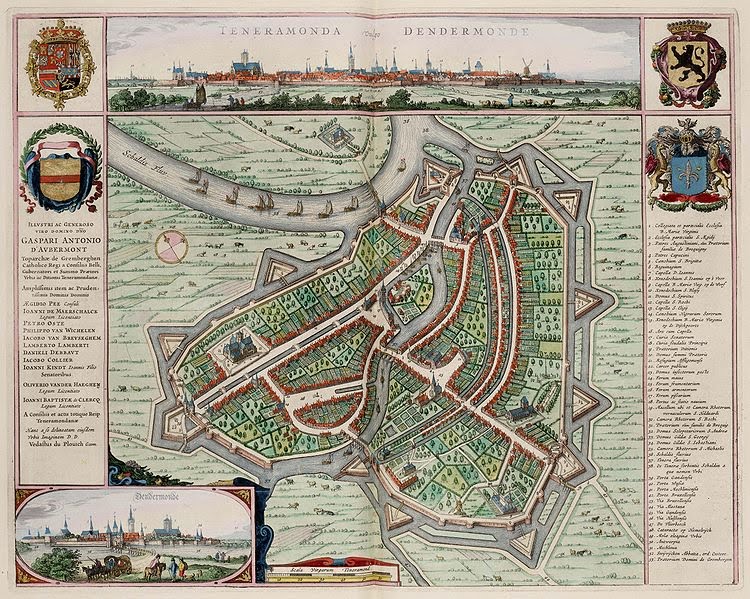 The War of Devolution (1667–68) saw the French armies of Louis XIV overrun the Habsburg-controlled Spanish Netherlands and the Franche-Comté, only to be pressured to give most of it back by a Triple Alliance of England, Sweden and the Dutch Republic, besides, the Spanish had made peace with Portugal and were preparing a big army to be sent to Flanders. France was not prepared to fight all those nations alone, so the war ended in the Treaty of Aix-la-Chapelle.

The summer campaign of 1667 began extremely well for the French troops, they took almost without effort a chain of villages and towns in Spanish Flanders.

Marquis of Castel-Rodrigo was the Viceroy of Spanish Netherlands, he desperately asked for native peninsular Spanish troops, just before the war, but he received no reinforcements... the Spanish troops were deployed in the Portuguese frontier, so Castel-Rodrigo only could count initially with 20.000 men, garrisoning the most important places and cities. Walloon, Germans and a few native Spanish and Italians. French forces fielded over 70.000 men in the whole campaign.


After various easy conquests, the French army arrived Dendermonde... or Terramunda in Spanish.

For the conquest of Terramunda, the French grouped most of their troops, the armies of Marshall Aumont and the army of Turenne, accompanied by Louis XIV himself. Therefore, most of the invasion troops were engaged, with the King himself, in the siege of the city. 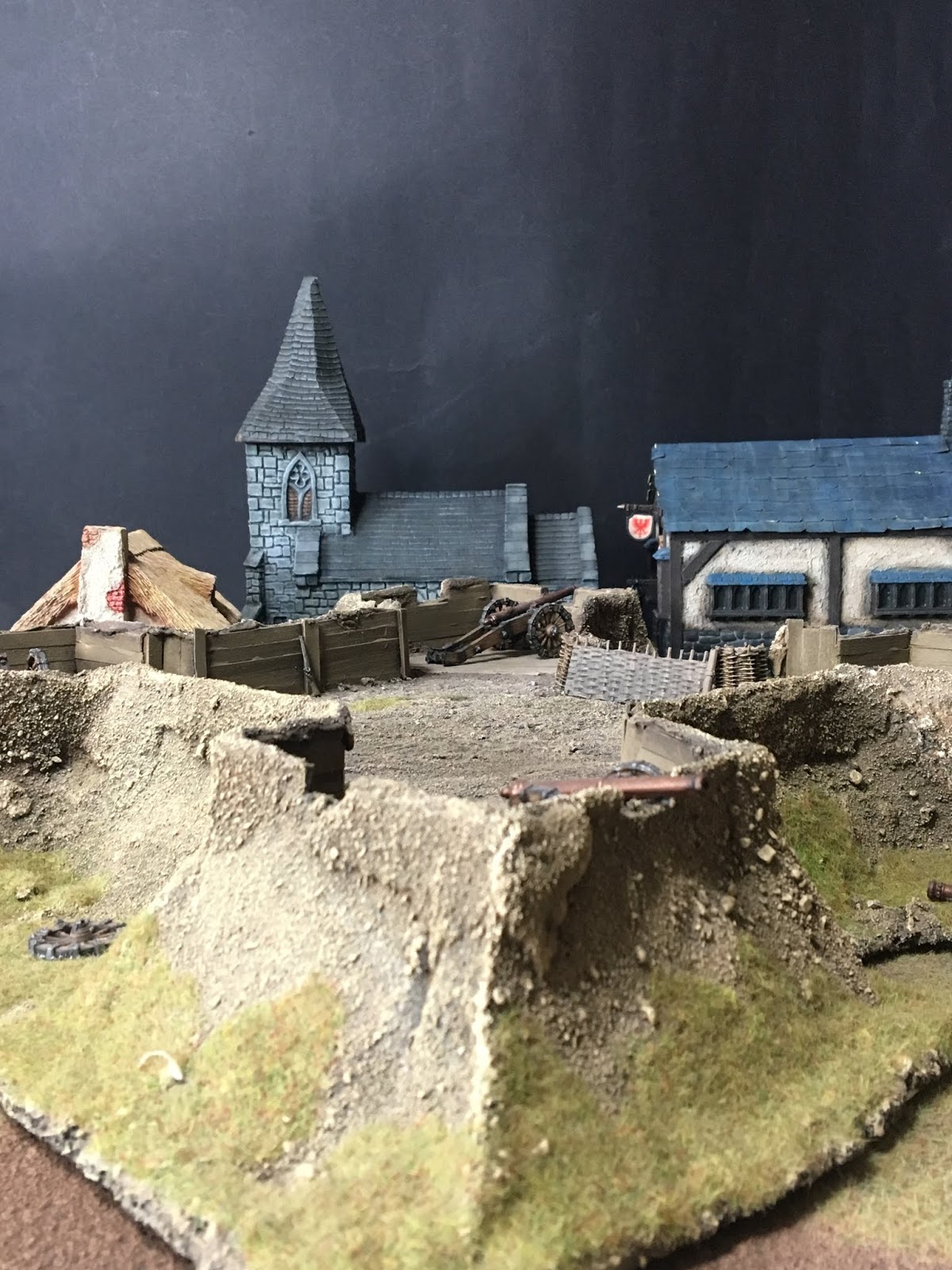 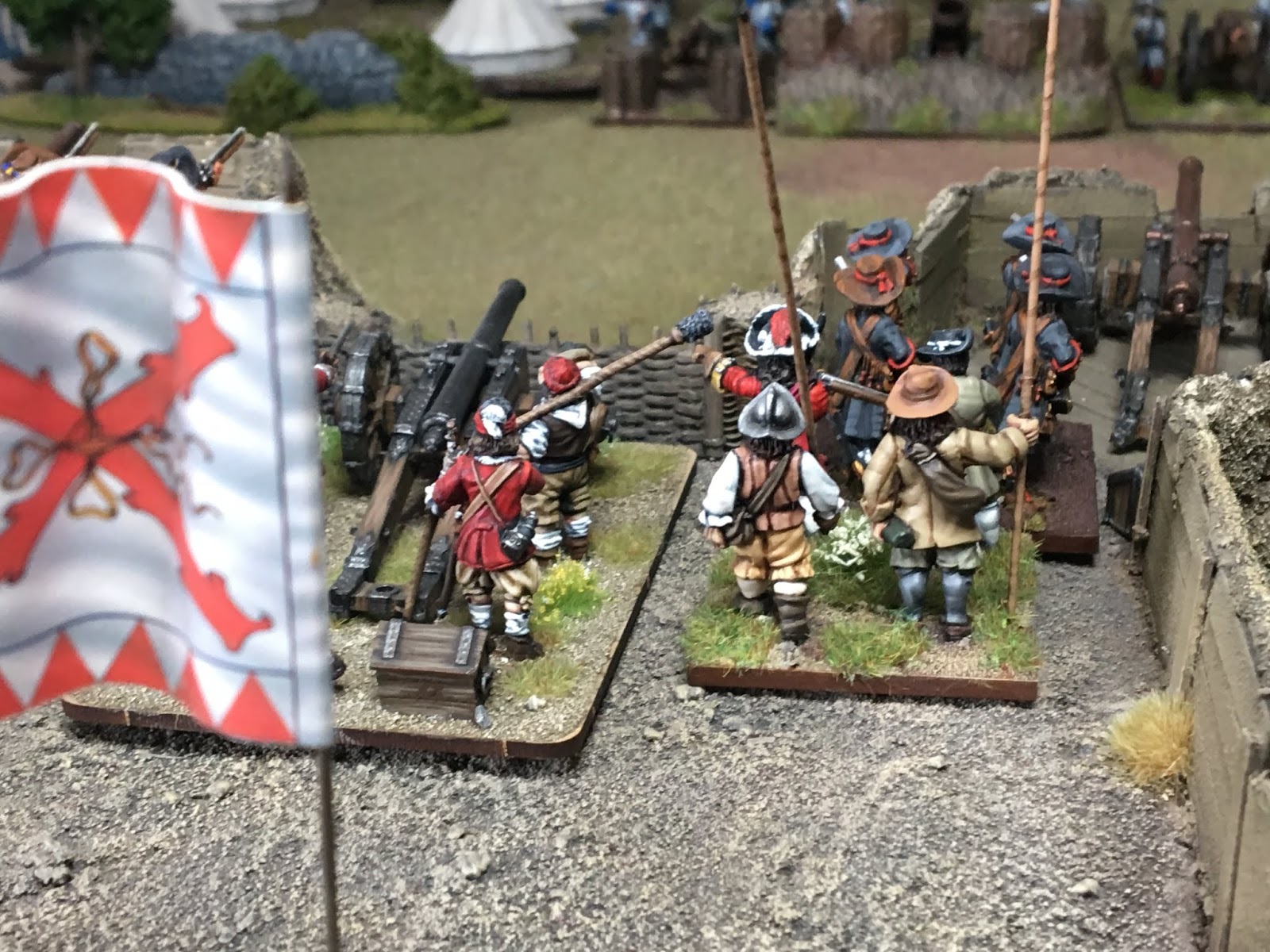 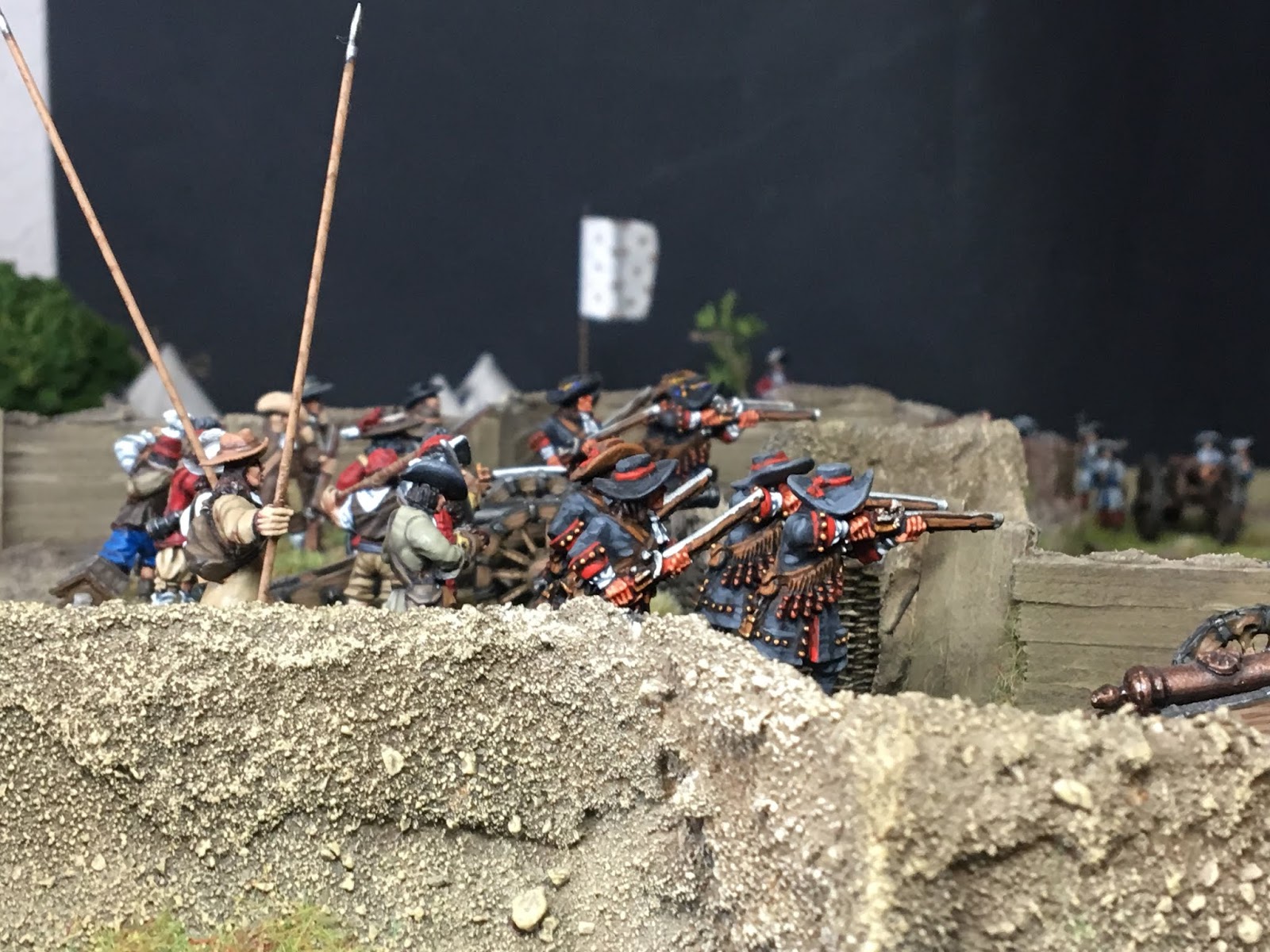 The forces that defended Dendermonde were as follows:

-2 free companies; one of Spanish (led by captain Francisco Ramirez) and another of Walloons, both numbered almost 100 men.

-From Brussels, Count of Marsin, sent almost 1000 men: 300 men of Spanish Tercio of Monterrey, 300 men of German regiment Monfort, 200 men of Walloon Tercio of Tursi, and 200 mounted troops that managed to enter the town at night, without alerting the French besiegers.

-From Ghent, the prince of Ligné, Governor of all Flanders cavalry, sent between 300 and 500 mounted troops, to skirmish in the area and open the locks and dykes.

all the previous troops were put under the command of Baron de Berlo, commander of the garrison, who ordered the town militia to join his small force. Count Louvigny commanded the cavalry reinforcements which had just arrived.

The first French actions focused on completing a defensive ring to surround the town, and isolate it from any relief of Hispanic troops, ammunition or food. For this, it was necessary for the French to build a bridge over the Escalda river, that would allow communication between the two French campaign armies and encampments. 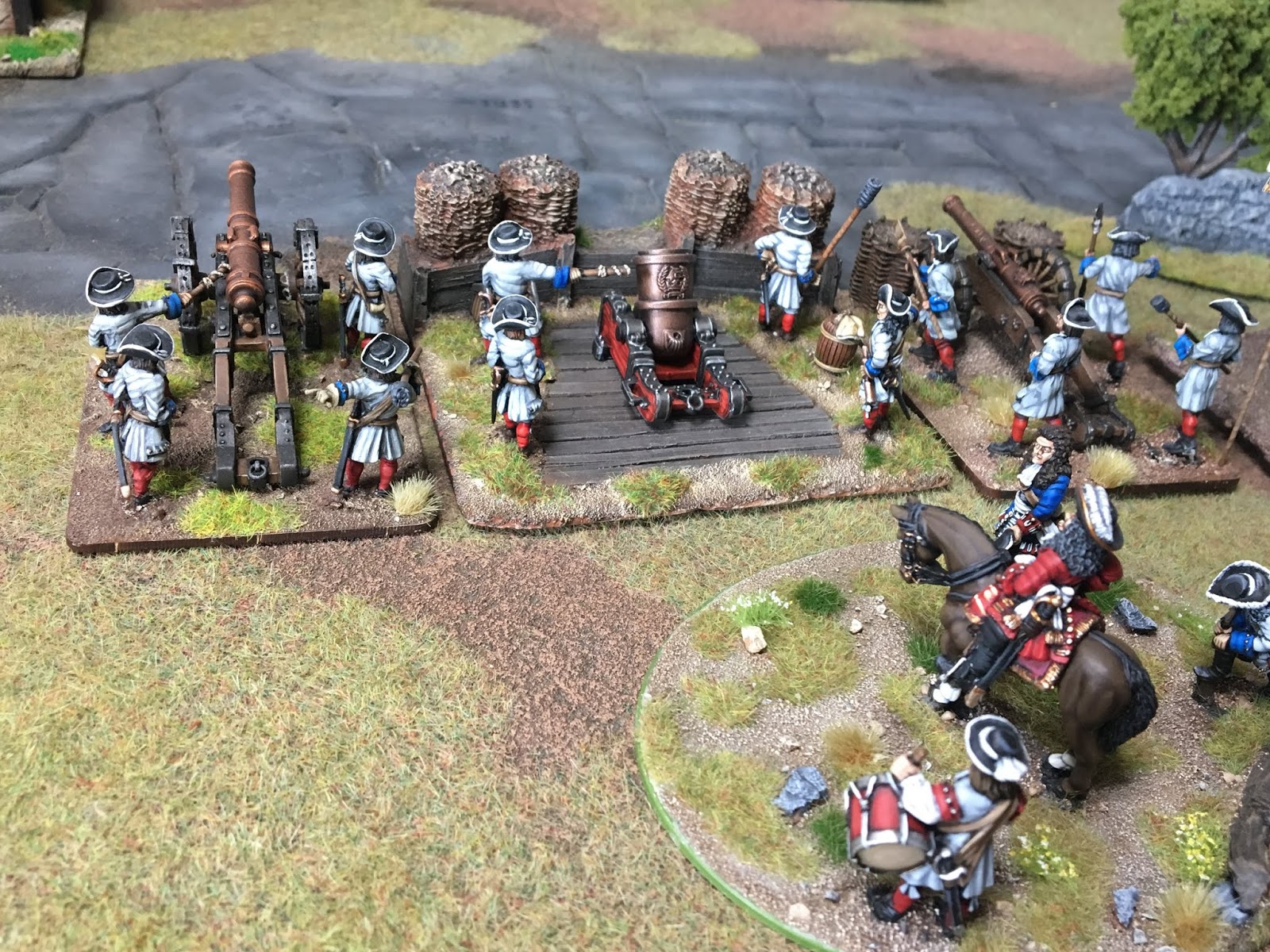 Once the bridge was built, French cavalry, numbering 300 troops, went through this route to secure the positions, in that moment, the Spanish made a sortie, Maestre de Campo Louvigny attacked them with 150 of his men. The action was a success, and despite their numerical inferiority, the Hispanic troops charged and defeated the French cavalry deployed on the bridge, killing and wounding many of them, with only the loss of a captain in the Spanish side. With this action it was clear that the town was going to be defended, and also it gave the Spanish some time to reorganize and control the defenses, while the surrounding fields were totally flooded. 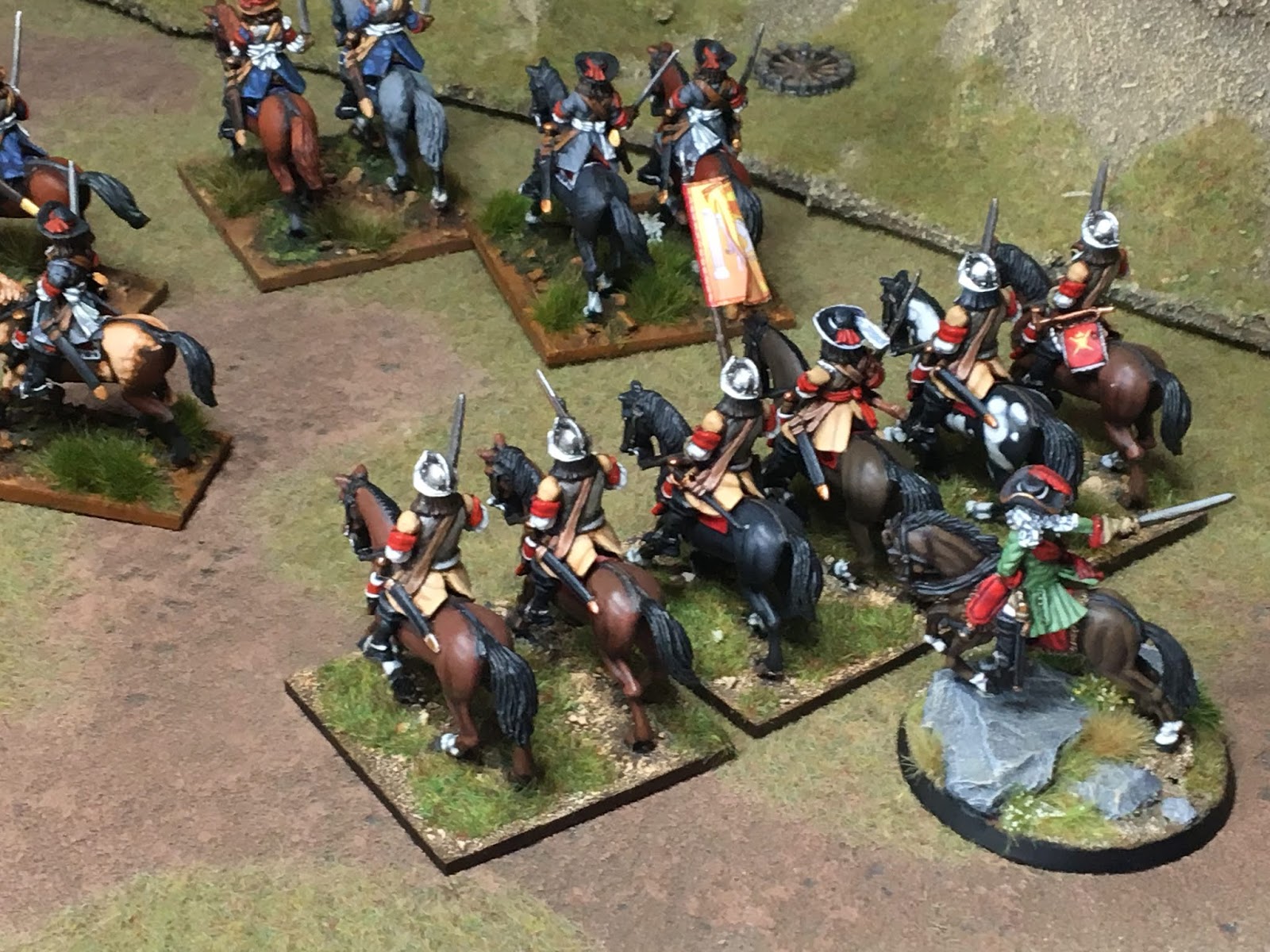 Spanish cavalry, in inferior numbers, manage to rout the French

The defenses of Terramunda were not too modern or advanced. The protection offered by the medieval walls and round towers was complemented by the natural cover of both Dender and Escalda rivers, along with the canals that surrounded the town, so the pits that surrounded the city were real channels that made any assault difficult. Apart from these old defenses, several ravelins were added in the weakest areas and entry gates, which reinforced the defenses and safeguarded the passage by the various bridges that communicated the town with the outside.


In order to summarize, the greatest defensive advantage that the town possessed was the power of the waters. If the surrounding locks were opened, the surroundings of the town would be flooded, making the city a true island. Above the flooded terrain, only the roads leading to the city, artificially constructed and higher than the labour lands of the contours, remained dry.


These peculiarities offered by Terramunda are going to be used by the defenders to brilliantly repel enemy assaults. The French decided to storm the city the day after of the galant cavalry charge of Maestre de Campo Louvigny, on August 4th.


The French managed to surround the entire town with trenches, with the aim of achieving total isolation of the city. The use of the siege artillery should not be an easy task, in the face of the flood ed fields... due to the impossibility of gradually approaching the walls with the artillery. Therefore, the siege pieces could not play a key role, although the French managed to make use of them by placing them in higher areas. Apparently, only one of the roads that led to the town was maintained above the water level, probably the road to Mechelen, so the French mass assault was made at that point. 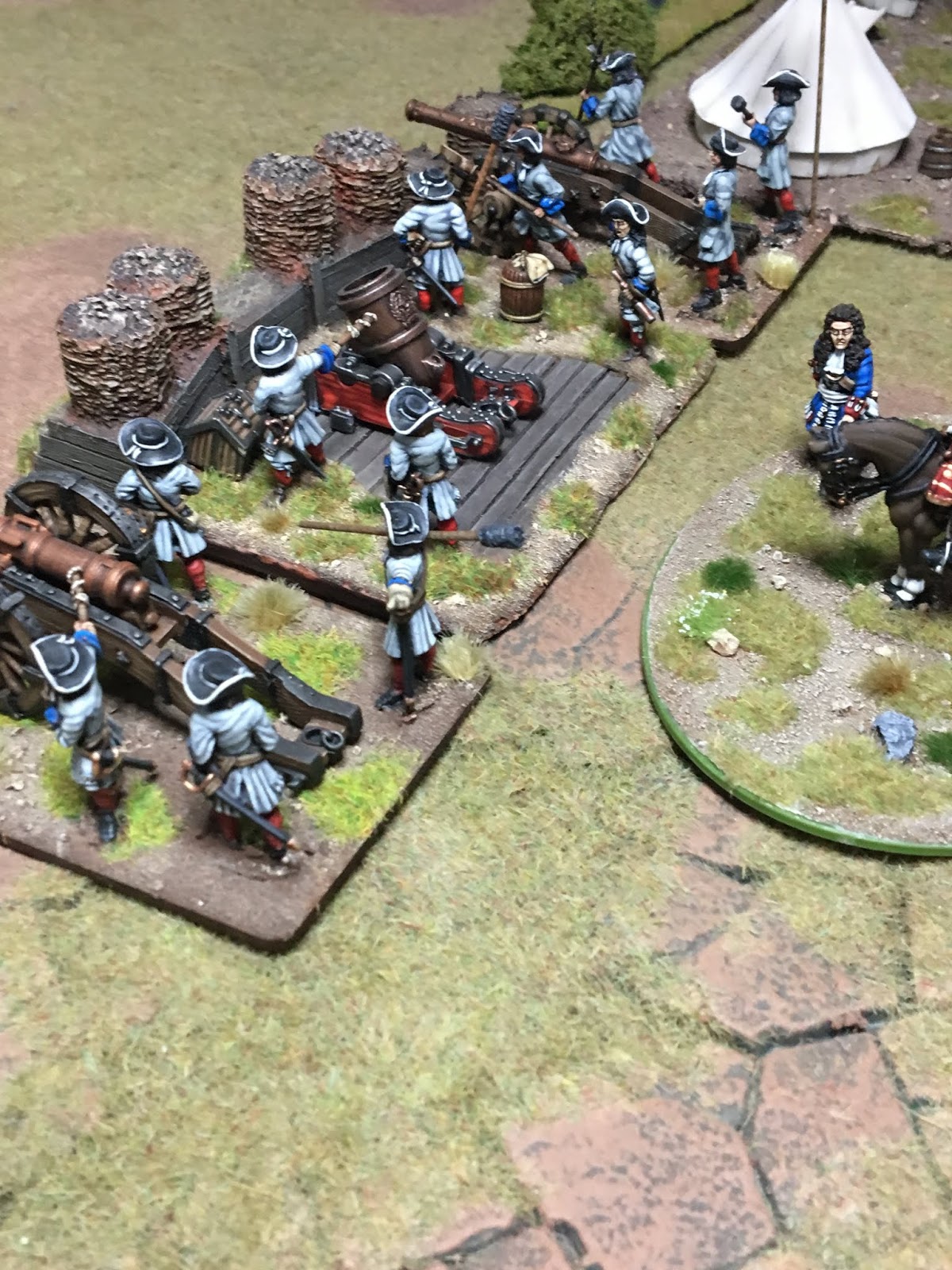 
The 300 Spaniards of the Tercio del Conde de Monterrey, who had arrived shortly before in a relief column, were in charge of protecting that side. According to the chronicles written by the Marquis of Castel-Rodrigo and the papal nuncio, both coincide in the brilliant performance of the Spanish soldiers, who repelled the French attack throughout the day, forcing the enemy to return to their positions with great casualties 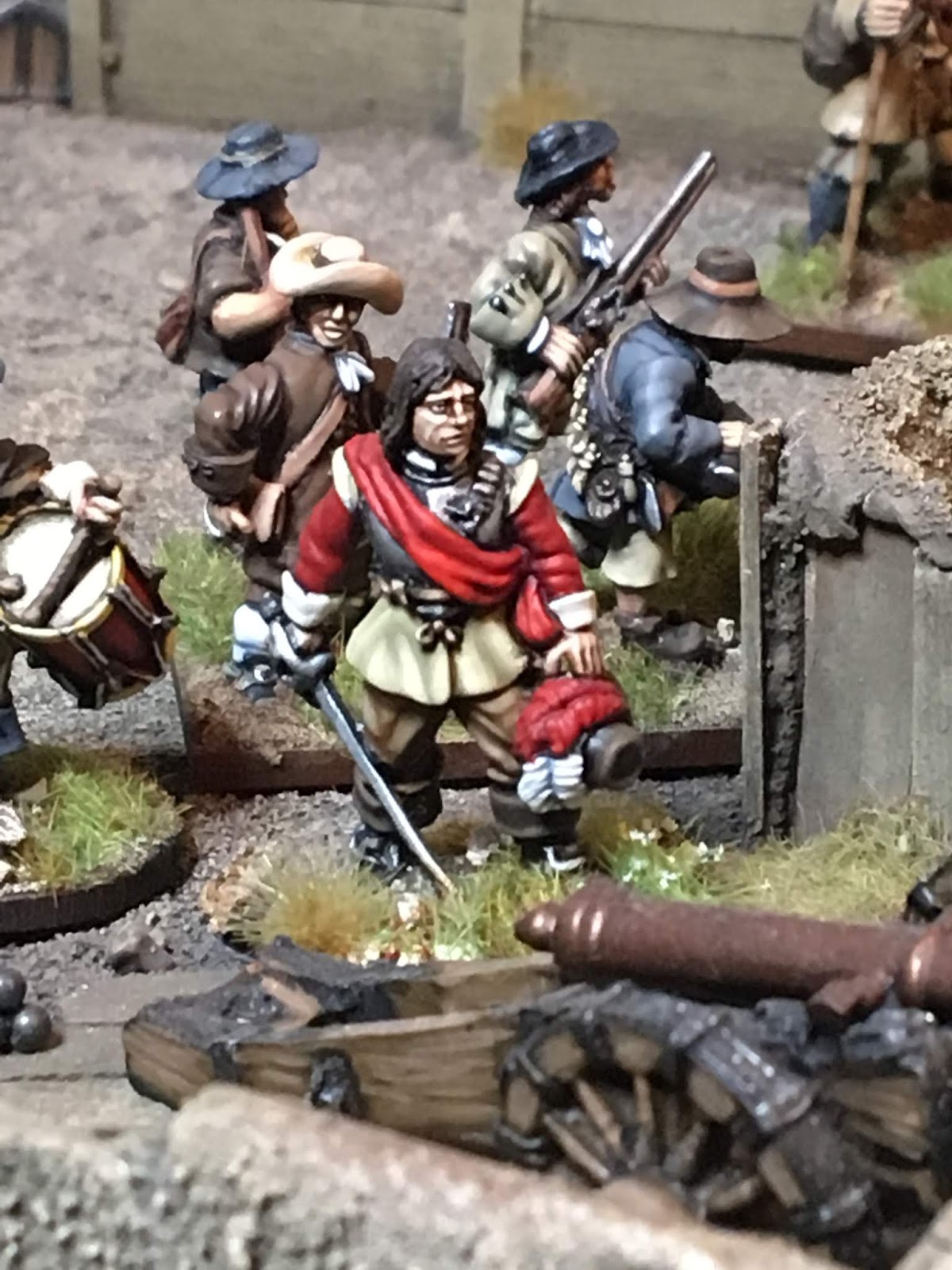 Captain Francisco Ramirez, of the Spanish free company of Dendermonde

The performance of the artillerymen of the town, which caused many casualties to the enemy, was also brilliant, and they even bombed the Headquarters of Louis XIV, in the French camp !! 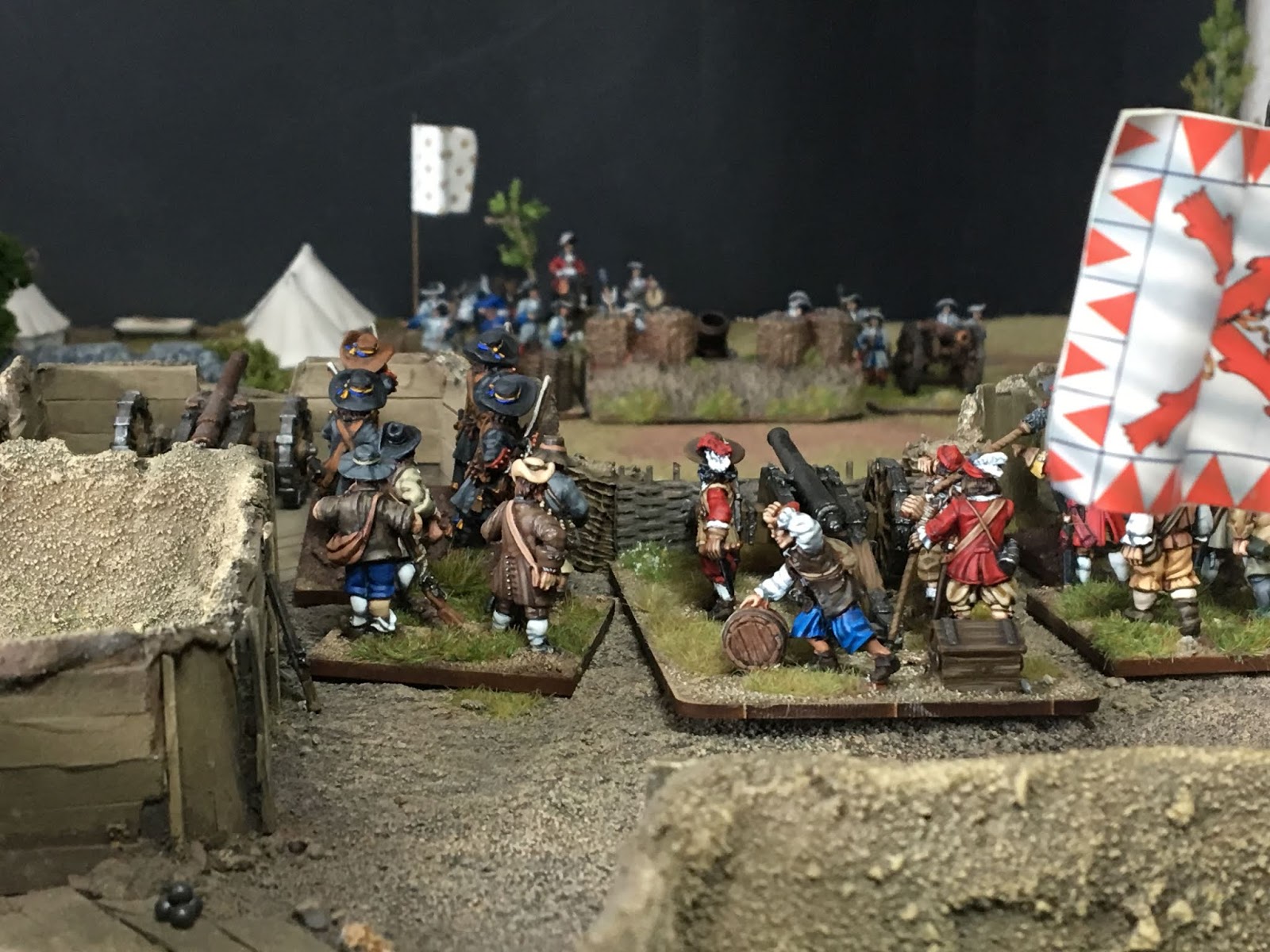 The effective performance of the Hispanic troops made the inhabitants of the city (until now apathetic and more concerned about their belongings and lives than the defense) began to join the defensive tasks. Spain, through a strong defense, achieved an important political success, uniting the concerns of the inhabitants of the Spanish Netherlands who finally saw that Spain was defending them (bear in mind that Spain did not have a field army in 1667, the whole army, numbering 20.000 in all Flanders, was garrisoning the most important cities such as Brussels, Ghent or Antwerp, and there was a sense of defenselessness between the populace of the rural areas).


The French forces who assaulted the walls were, for the most part, the most distinguished of the cavalry and infantry of the French army, almost all veterans and individuals, who wanted to stand out in the assault in front of the eyes of the King. Even a part of the Maison du Roi cavalry, dismounted and participated in the assault... but all were equally disbanded by the defenders, who made them flee and drop their weapons in the field. 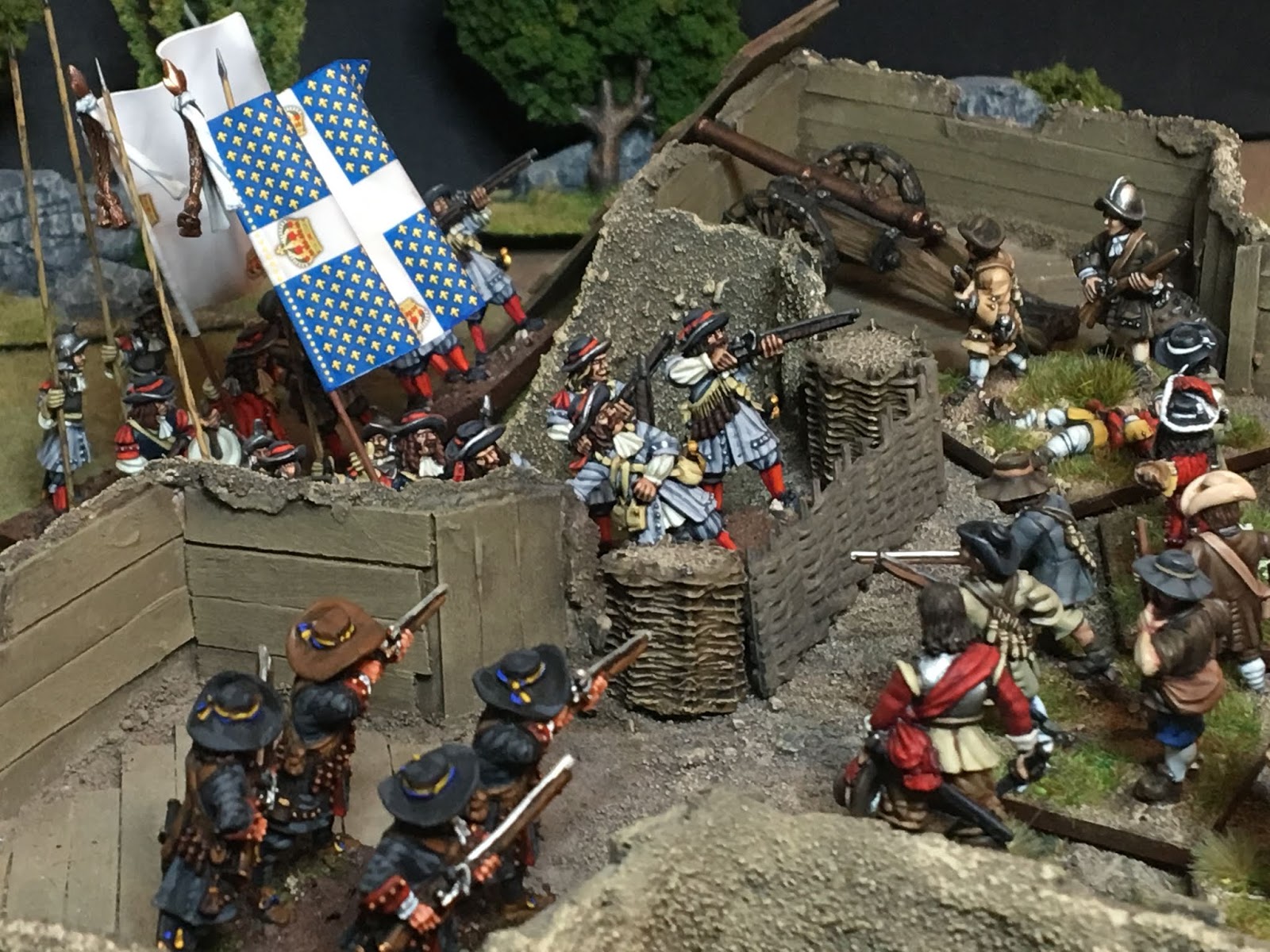 Therefore, part of the elite of the Gallic army was repeatedly rejected, which caused the situation to be reconsidered by the French high command, which decided to withdraw due to the impossibility of establishing a siege or an assault more prone to its possibilities and interests...With the flooded fields, French numerical superiority was not effective, neither a progressive approach of the siege guns to begin a heavy bombardment against the walls to achieve a breach.

The city seemed that it would only fall after a long blockade or by an assault, a price in time and men that the French did not want to pay. In addition, the Frenchs were beginning to fear about the integrity of their army, which was beginning to fall apart (desertions and diseases). A few weeks of prolonged siege would have meant the end of the campaign and losses too high. France wanted an easy and clean campaign that would conclude with the takings of the cities with minimum effort, as had been done until then.


On August 5, after the hard fighting of the previous day, the French left the area around the town, so hastily that when they demolished the bridge they built to cross the Scheldt River, they left 2,000 of their men (foragers, cavalry and explorers) behind! being many captured by the Spanish cavalry parties and the villagers of the area. 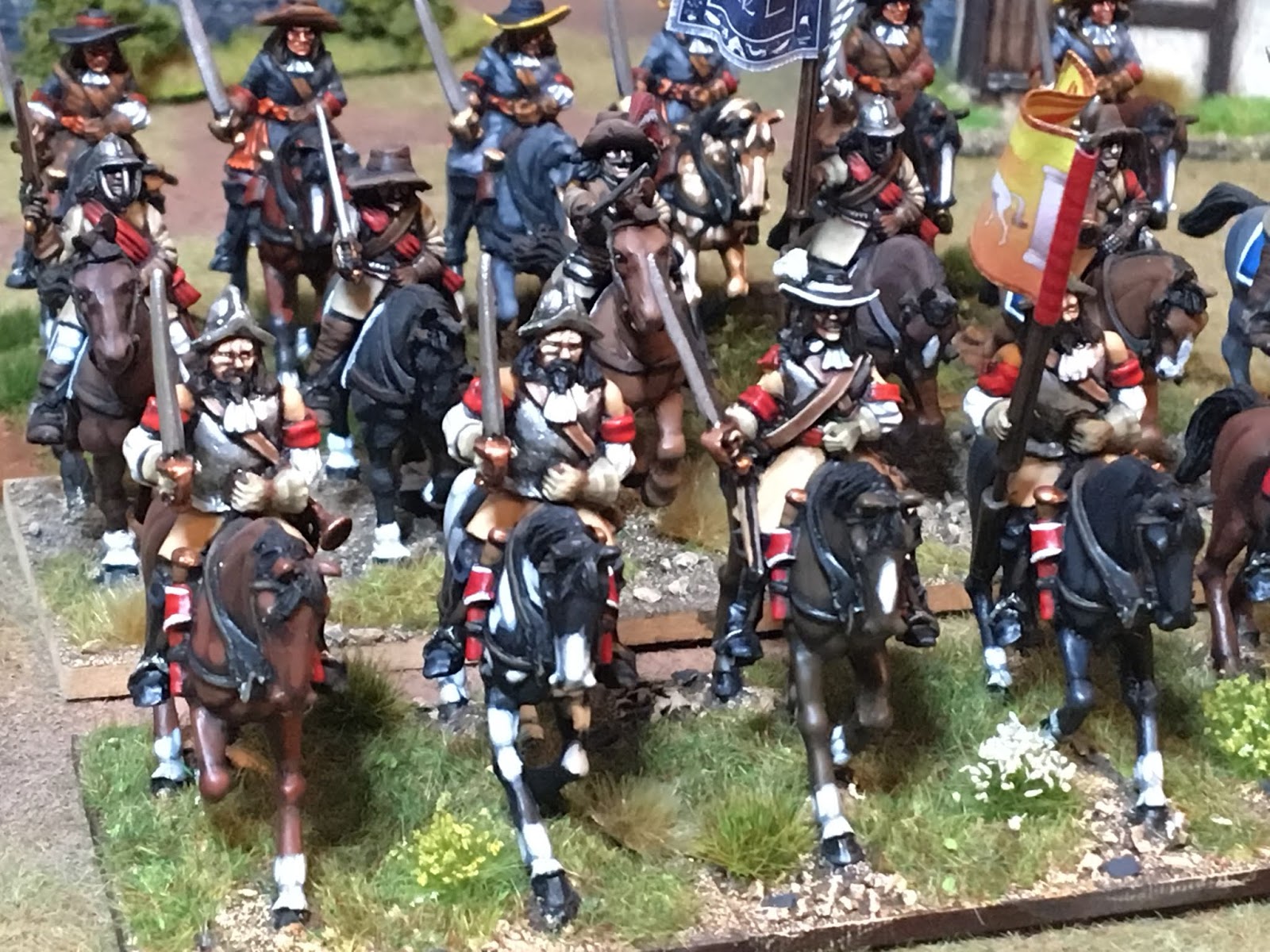 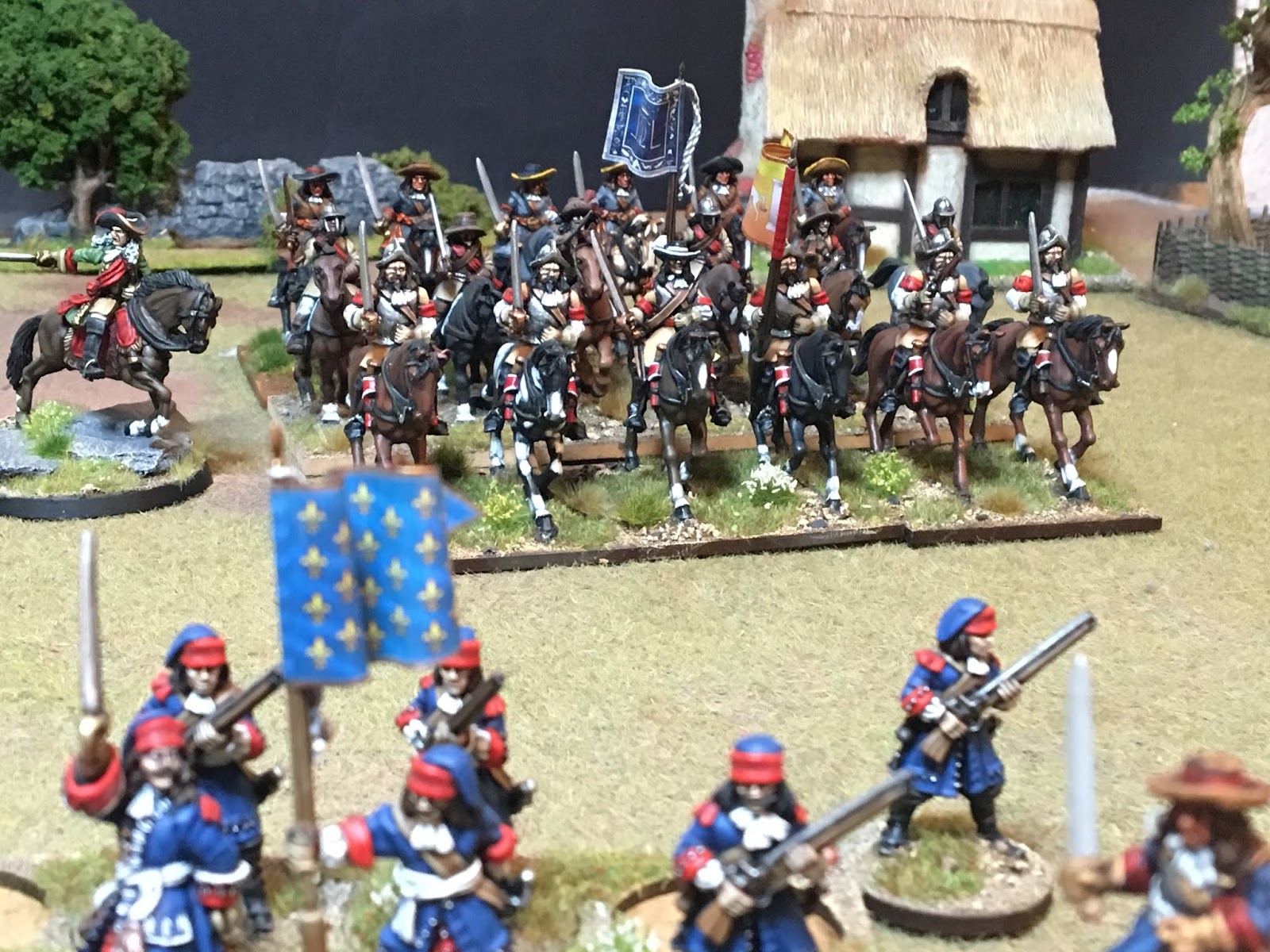 Spanish cavalry capture some foragers, cavalry and explorers trapped after the demolition of the bridges.


After the 5 days of siege operations in Dendermonde/Terramunda, the French had lost more than 1,000 men, and their morale was beginning to wane, and the population was beginning to put stronger resistance. In these operations the Spanish Army of Flanders had captured so many French soldiers that it was stated: "Until now we have as many prisoners as if a battle had been won" (Letter of Marquis of Castel-Rodrigo). Possibly the French, with an army of 30,000 men on their arrival, to Dendermonde, the operations of siege and retreat had lost 20% of their forces, in addition to numerous warlike material with the flood of the waters motivated by the opening of the dykes.


The French army withdrew towards the south, in the direction of its recent conquests of Alost and Oudenaarde. To justify the lifting of the site, the French were "divulging to cover the affront, which was aimed at a larger prey, such as Cambray." Undoubtedly, the French high command had to justify his hasty exit from the combat zone. Suspecting an attack, Castel-Rodrigo urgently dispatched 600 mounted to Cambrai to reinforce the garrison, while waiting for the French to try to take a fortress border with France before the month of September and the end of the campaign. 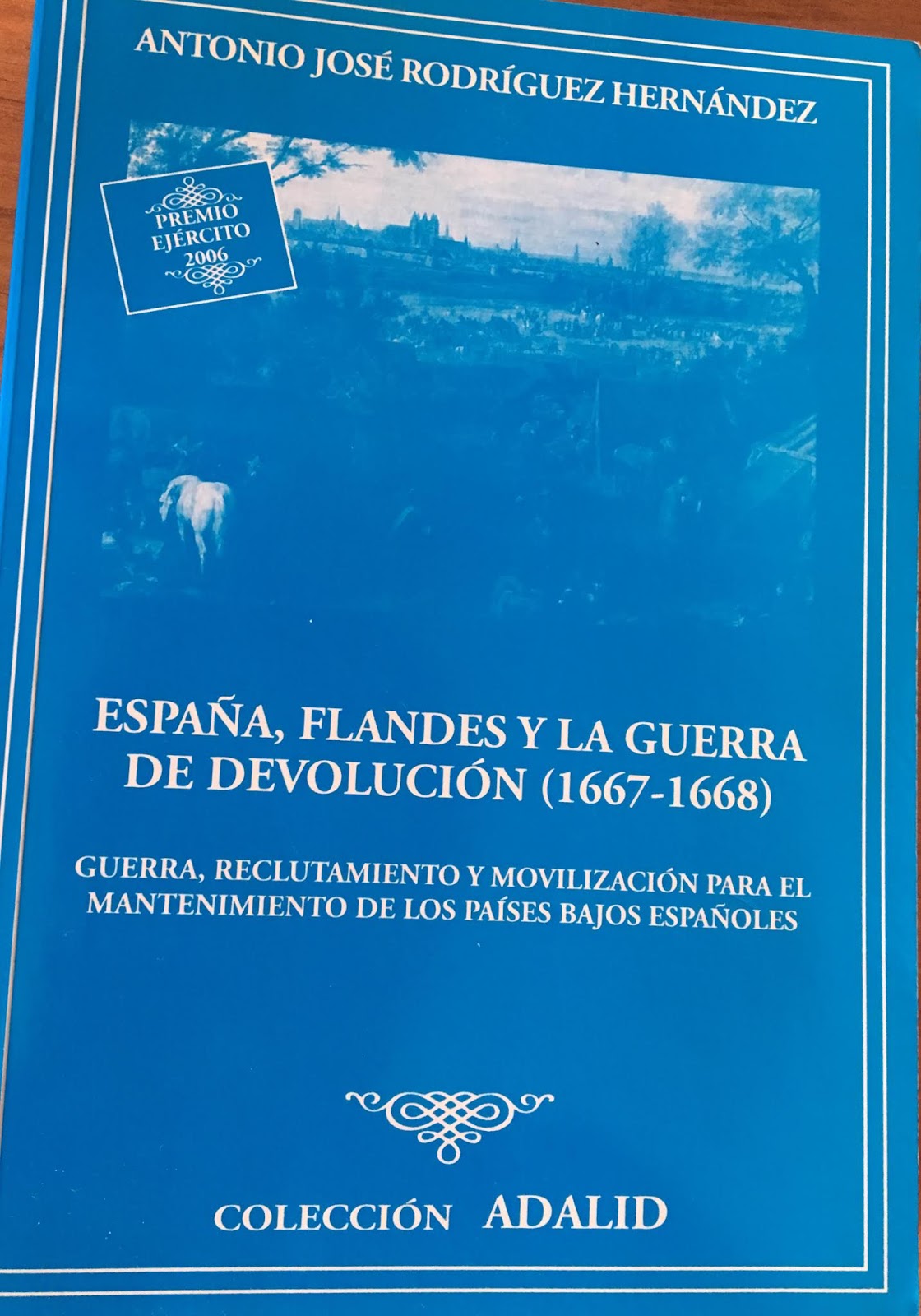 This information come from this excellent book, probably the best in the world about this conflict. Definitely, a must have!

jambo1
Sergeant Major of the Army

Thank you all guys! I still need to paint more "proper" late 1660' miniatures, but for now, these do the job